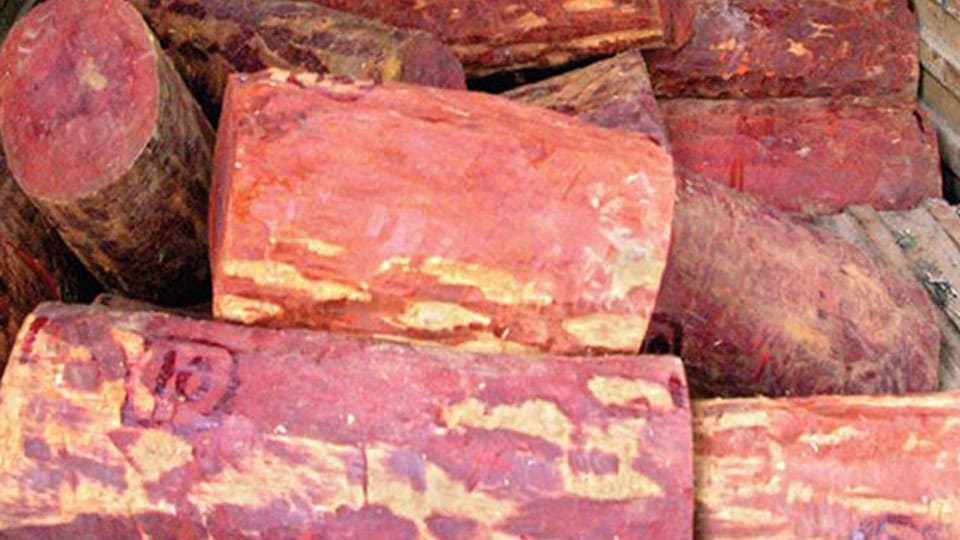 Mandya: The illegal smuggling mafia of Red Sanders has spread from Mandya to Delhi, according to the revelation by the Investigating Officer of the Forest Department.

In the wake of the illegal racket, timber merchant Venkatesh was arrested and during interrogation, the information about the racket being spread from Mandya to Delhi came to light.

It also came to light about the involvement of Ramesh, a Government School teacher in the racket and Forest Department officials have arrested him too.

It is learnt that Ramesh was providing information about the trees available locally and was also providing sketches of the route where the trees were grown to the smugglers.

The Forest Department officials, who have arrested the duo, have recovered 35 Red Sanders logs worth crores of rupees from them.

During interrogation, the Forest Department officials came to know that the trees were being cut during nights and then stored before sending the same to Delhi with another person from where it was being sent abroad, it is learnt.