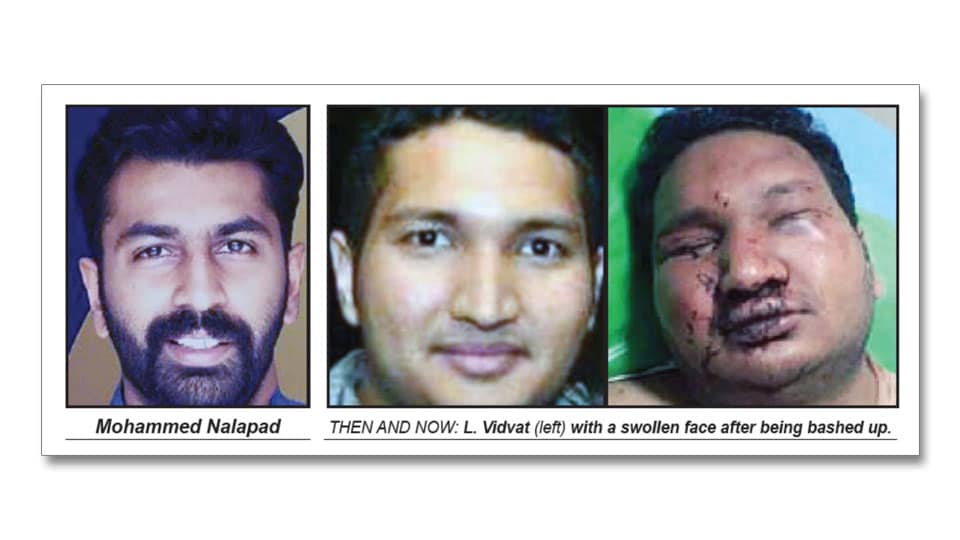 My mother had a great deal of trouble with me, but I think she enjoyed it,” said that great American writer and humorist  Mark Twain. I agree and I am sure all mothers will agree. However, there is a caveat. The trouble Mark Twain had mentioned should not be such that the son should kill some one or break the bones. In such a case of trouble, no mother would support her son much less enjoy unless she is a rakshasi !

I am also wondering what would a father do in such a situation where son becomes a rogue, perverse and an anti-social element. In short, an urban lumpen that we find among the rich and powerful children of politicians, bureaucrats or wealthy businessmen. For example, like it happened in the case of  N.A. Haris, a Congress MLA, whose son Mohammed Nalapad was arrested for a criminal offence and who is now cooling his heels in jail under judicial custody. Since the nature of his crime and its gravity is known to the people following a blitzkrieg of a publicity in all media and also heard its echo in the Assembly, I will not inflict a repetition.

However, what moved me was the deeply hurt feeling of Mohammed Nalapad’s father, Haris which he expressed in the Assembly offering an apology. “I tender an apology if the incident involving my son has affected the dignity of the house and pride of its members,” he had said. As a lateral thought I would say the word “if” takes away the veracity and the ingenuous nature of the apology. A sort of take it “if ” or ignore it “if not.” As a father of a very young son aged 24, it is obvious  his public conduct and behaviour is bound to vitiate the dignity of the Assembly of which the father is a honourable member.

Be that as it may, the father Haris, MLA, had to face an embarrassing situation because of his son. Many questions arise. Did he fail to bring-up his son in a civilised and cultured way with proper education? That way, he has the vicarious responsibility for his son’s behaviour in this context. Let it be.

But then, everyone seems to have forgotten the mothers. The mother of boy Mohammed Nalapad and the mother of the boy Vidvat. How much trauma both mothers must have suffered, God only knows. No wonder, it is said in a lighter vein, that life does not come with a manual, it comes with a mother. And it is assumed the first lessons of life are taught by mothers. It is also said that it is not easy being a mother. If it were easy, fathers would do it. Yes, how true.

When a son is sick, it may be, the best medicine in the world could be a mother’s kiss; but when the son is suffering from a sick mind, I guess a mother’s kick would be the best medicine. In this case if it is the stigma of being a goonda family for Haris and his wife, it is the trauma of seeing their son beaten to pulp with life-threatening injury for the parents of Vidvat the victim.

In both the cases, the mothers are the silent sufferers. Fathers manage either with their money power or political power as Haris the MLA has done. But what about his wife, the mother of his son? How much hurt Mohammed Nalapad’s mother should be because of her son’s conduct? How much the mother of the victim Vidvat must be grieving because of the cruelty of a rich politician’s son?

Many years ago, when my sons were in school, my wife received a birthday card with the wordings, “To my big mother.” The text read: “A mother sees all, says little; sacrifices all, complains little; gives all, expects little… All she wants is her child to be happy.” 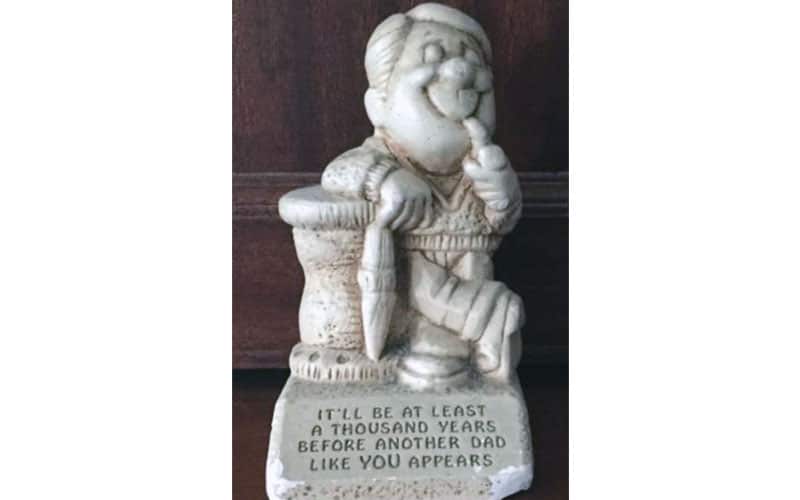 Are the mothers of Mohammed Nalapad and of  Vidvat happy today?

And before I forget, let me remind myself of a small Plaster of Paris statuette my sons sent me for my birthday when they were in school [See pic. above]. The text therein seems to be rather enigmatic — leaving me wonder if I am a good father or a bad father !!

10 COMMENTS ON THIS POST To “Remembering Two Mothers of Mohammed Nalapad and L. Vidvat”