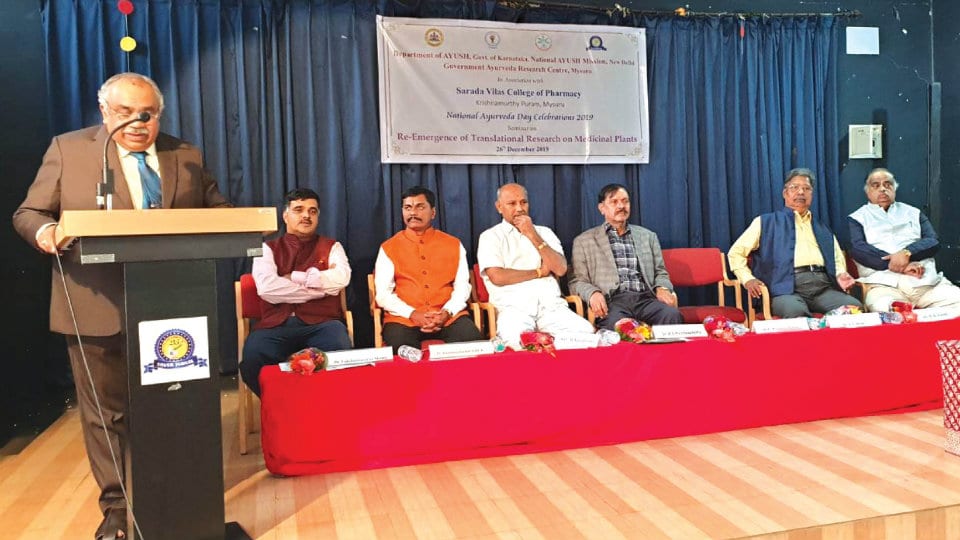 Mysuru: “Research on medicinal plants has been going on for the last 20 years. Though several research findings have evolved, the Departments concerned have lagged behind in creating awareness among people on the matter,” opined Prof. G. Hemantha Kumar, Vice-Chancellor, University of Mysore (UoM).

He was speaking at the valedictory of a programme organised by Sarada Vilas College of Pharmacy in Krishnamurthypuram here last evening as part of the National Ayurveda Day.

Retired Vice-Chancellor of UoM Prof. S.N. Hegde observed that the plant kingdom is very vast with wide uses and added that Western Ghats are a treasure house of medicinal plants.

He contended that there was no need for foreign help for conducting research on medicinal plants. He regretted that deforestation on the pretext of development was detrimental to nature.