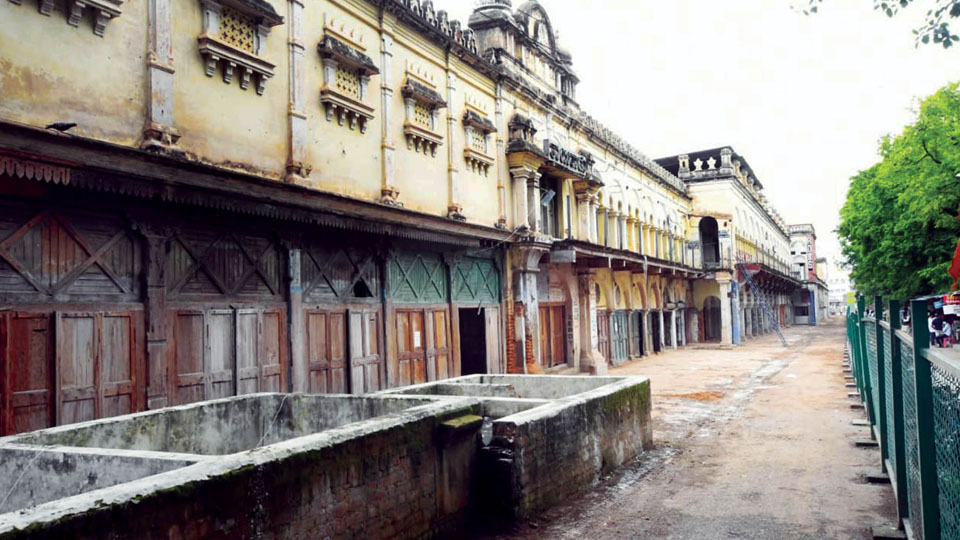 Mysore/Mysuru: Chief Minister Basavaraj Bommai remained non-committal about the plight of heritage buildings in Mysuru and its city limits and said that he has to see the State’s financial situation and limitations before releasing funds to restore them. Answering questions of reporters at Mysore Airport this morning on his way to Nanjangud to inaugurate a slew of development works, Bommai said that he will summon a report on the status of all heritage buildings in Mysuru and decide on fund allocation.

A reporter questioned the CM that while he has released money for the upgradation of Mysore Airport runway and also to repair and restore century-old building of the Mysore Medical College and Research Institute (MMC&RI), what about over 200 heritage buildings in Mysuru that are facing monumental neglect and are crumbling one by one.

The Chief Minister was told about the public outcry over the lack of maintenance of heritage structures and the public demand of releasing Rs. 500 crore per year in three stages (Rs. 1,500 crore in all) that will restore all the heritage buildings.

When his opinion was sought on the demand, the CM said, “I cannot reply to the opinions. But will summon a report on the plight of heritage buildings and will allocate funds based on the State’s financial situation. I have to consider financial constraints before releasing money.”

ONE COMMENT ON THIS POST To “Restoration of dilapidated heritage buildings in Mysuru: CM non-committal, to see financial status”