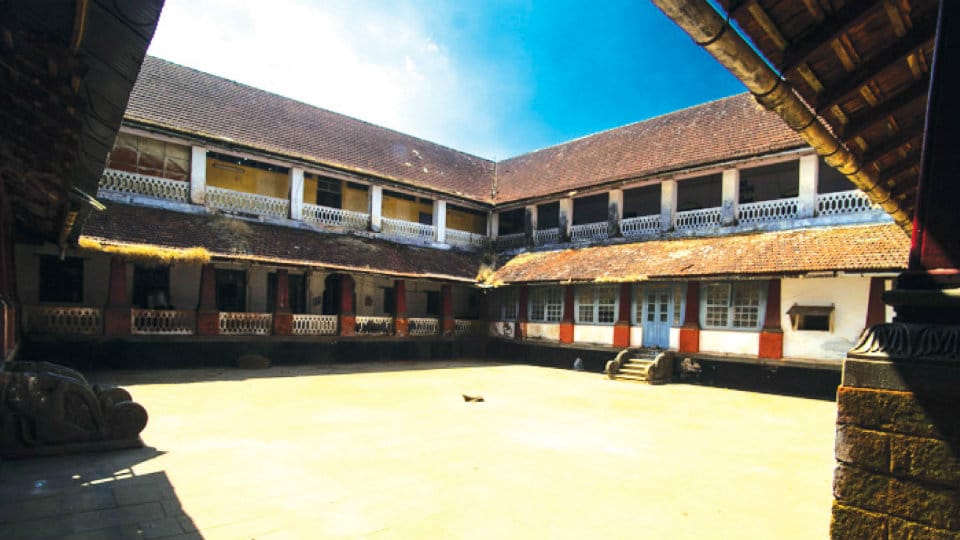 Bengaluru: In a significant judgement regarding restoration work of monuments at Madikeri in Kodagu district, the Karnataka High Court on Monday directed the Archaeological Survey of India (ASI) to take up permanent restoration work of the ancient Fort, Palace premises and tombs (Gadduge) of Kodagu Kings at Madikeri town, the district headquarters of Kodagu, while also asking it not to levy service charge to the State Government for carrying out the work.

A Division Bench of the High Court, comprising Chief Justice Abhay Shreeniwas Oka and Justice Ashok S. Kinagi, which heard a PIL filed by J.S. Virupakshaiah, a retired IAS Officer and a resident of Kodlipet in Somwarpet taluk in Kodagu district in 2017, directed the Kodagu Deputy Commissioner to nominate an officer not below the rank of Assistant Commissioner to frequently visit the site of the monuments.

Instructing the officer to be designated to take up the issue with ASI if he/ she finds that the work is not carried out as per the DPR (Detailed Project Report), the bench also directed that the Assistant Commissioner shall submit a report as regards the status of the emergency work and also the status of major restoration or repair works.

Observing that it is a great deal of importance that the said work is carried out efficiently, properly and expeditiously as it is the duty of the ASI to ensure that the protected monuments are restored and maintained, the HC Bench directed the ASI to complete all emergency works within Oct. 14, 2020.

The petitioner J.S. Virupakshaiah, in his PIL (Public Interest Litigation), had contended that instead of preserving the protected monuments, the State Government had been running its offices on the Palace premises.

However, during the course of the PIL hearing, the District Administration vacated the offices of Social Welfare Department, Land Records Department and District Library from the ancient Palace premises and had handed over the premises to ASI.

Also, following directions of the Court from time to time, the State Government has released Rs.10.76 crore for permanent works as per the DPR.