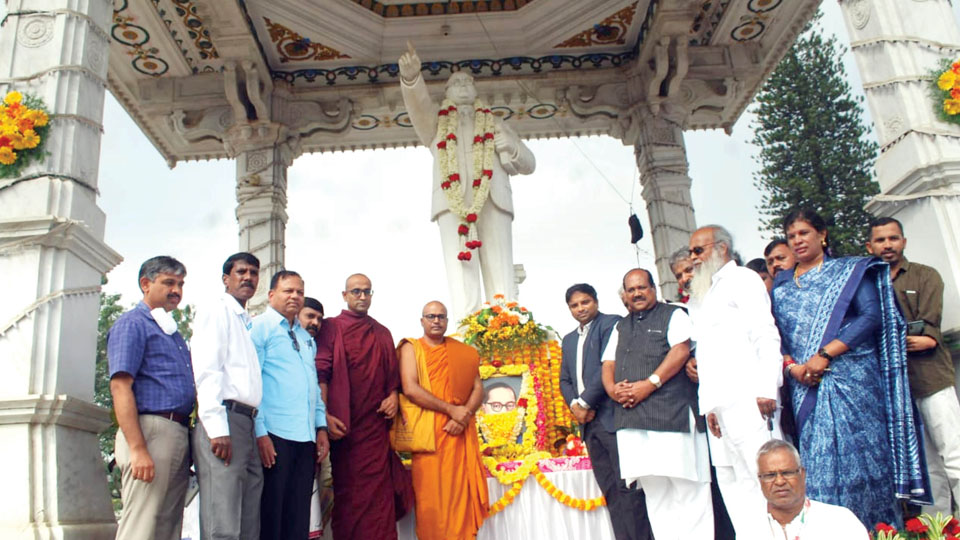 Mysore/Mysuru: Rich tributes were paid to Dr. B.R. Ambedkar by the District Administration, Zilla Panchayat and Mysuru City Corporation (MCC) at a function to observe the 66th Mahaparinivran Diwas in city this morning.

Deputy Commissioner (DC) Dr. K.V. Rajendra garlanded the statue of B.R. Ambedkar at Town Hall premises and offered tribute along with others.

Speaking on the occasion, the DC said: “Dr. Ambedkar is a great soul and his personality is one of sheer eminence. Because of this, his thoughts and ideals are relevant at all times.”

Mayor Shivakumar, who too spoke, said that Dr. Ambedkar provided various rights to the oppressed classes and women through Indian Constitution. “He is a tall leader who fought for the rights of the weaker sections,” said the Mayor and concluded by saying that we all can pay our respects to him by following his ideologies.