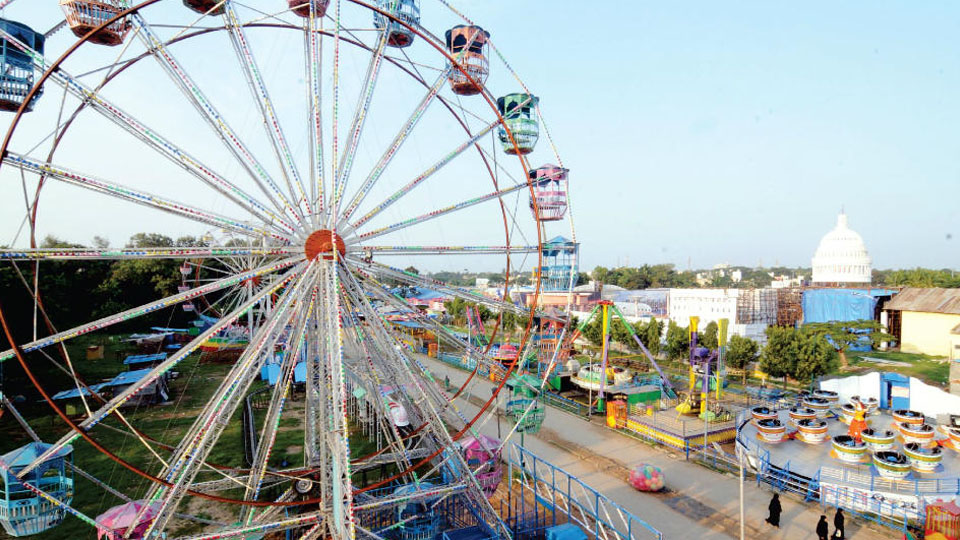 Mysuru: Tourism Minister S.R. Mahesh said that there was a proposal to hold 365-day exhibition at Dasara Exhibition Grounds in city.

Attending a meeting of Karnataka Exhibition Authority (KEA) in his capacity as pro-tem Chairman of KEA, the Minister said that there was a proposal to hold exhibitions, events, conventions and amusement activities there on all 365 days of the year.

The meeting discussed the master plan for converting the Dasara Grounds into a round-the-clock exhibition and  events hub.

After the usual three-month annual Dasara Exhibition, there is no activity at the Exhibition Grounds. The government has now proposed to make the Grounds a one-stop Tourist Plaza with entry tickets, restaurant and other tourist-friendly facilities has been proposed in collaboration with the Department of Tourism.

The Plaza will be part of the KEA’s mega expo plan, the Minister said and added that the Plaza will incorporate all facilities for tourists at single location for their convenience.

Common vacation for Dasara: Minister Mahesh said he will discuss with Chief Minister H.D. Kumaraswamy about introducing common holidays for school children across the State in October this year to facilitate them and their families to witness Mysuru Dasara which will be a grand affair this year.

The Minister’s attention was drawn to the fact that only schools in Mysuru district are given holidays for Dasara and the rest in the State function as usual because of a different holiday schedule. He said that he would bring the matter to the notice of the CM.

He added that Dasara preparations will start early this year and a job mela has been planned for the first time. He said that there were plans to hold Jalapathotsava at Chunchanakatte Waterfalls before Dasara.