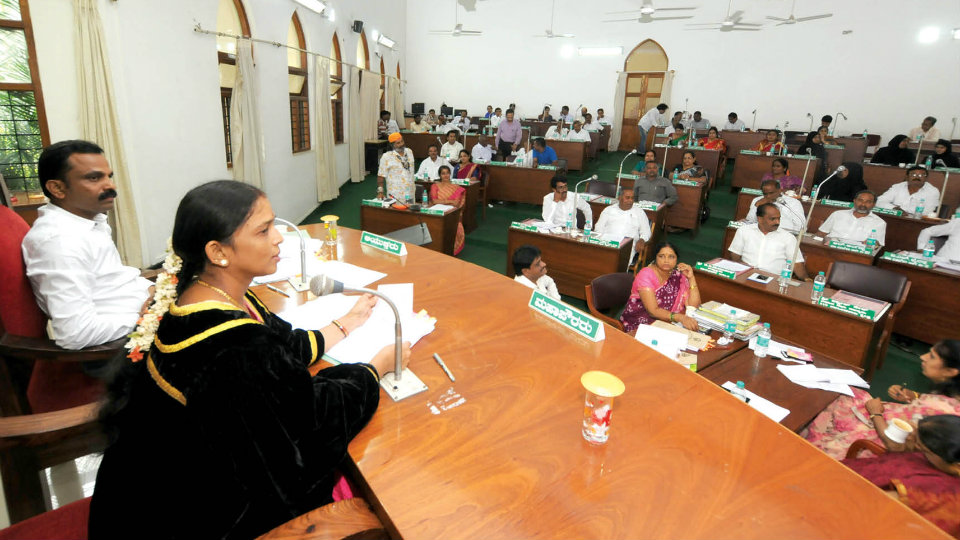 Mysuru:  Taking a tough stance against houses not adopting Rain Water Harvesting (RWH) system, the Mysuru City Corporation (MCC) has made the system mandatory for all houses, commercial properties and government offices constructed in 50×80 dimension.

A three-month deadline has been imposed to all 50×80 houses to adopt RWH and if the houses fail to do so, water cess on the monthly bill will be increased.

At a meeting of the MCC Council held at Nalwadi Krishnaraja Wadiyar Hall in city yesterday, Corporators, cutting across party lines, supported the move to force the residents to fall in line and adopt RWH so that the groundwater is recharged. The meeting was chaired by Deputy Mayor Indira Mahesh in the absence of Mayor B. Bhagyavathi.

As per the resolution, those owning residential and commercial properties including shops, business establishments, hotels and restaurants both within the city limits and outskirts should abide by the rule within a deadline of three months. It also applies to government-owned buildings and in case of any violation, five per cent of the total water bill will be charged as additional cess in the initial stage that will be increased up to 25 per cent after six months of the deadline.

If the owners submit the documents related to abiding by the order, they will be exempted from action. In the next phase, the properties in the dimension of 30×40 and 40×60 feet will also be brought under the same bracket.

Participating in the debate, Corporators wanted the MCC to take stringent action against house and building owners who have not adopted RWH despite a convincing and passing several resolution and even issuing notices. Penalties will help in prodding the people to take up alternative methods of sourcing water, they felt. 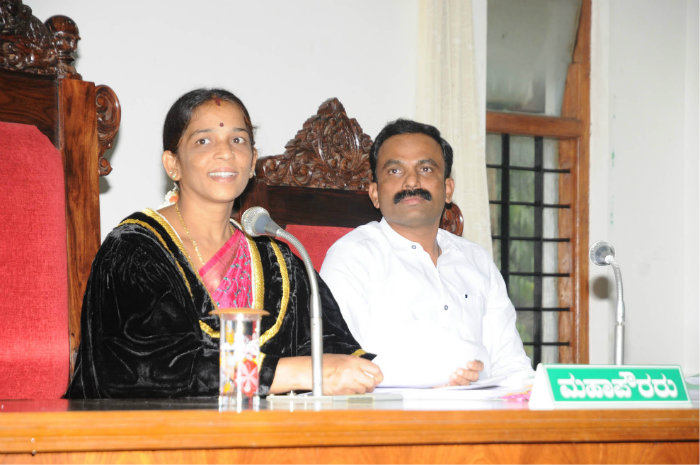 Corporators said that the city was receiving 250 Million Litres per Day (MLD) of water per day that is proving insufficient against the growing population. Though the MCC had decided earlier to dig more borewells and rejuvenate the existing sources of water, it had not yielded any desired results.

The MCC had also decided to issue building licences with a rider to compulsorily adopt RWH system. Even this had failed to fetch results. Corporators felt that monthly increase in water cess and an increase of 25 percent of penalty after six months will make residents to adopt RWH.

Some of the Corporators exhorted the authorities to plug the loopholes with illegal water connections posing hurdles at most localities. Such connections should be regularised and water bills should be promptly collected from them, they added.

Corporators including Girish Prasad, Nandish Preetham and former Mayor Purushotham said that the MCC never bothered about thousands of illegal water connections. They questioned the lapse on the part of water section officers and bill collectors who have so far not visited the houses to check for illegalities. They asked MCC Commissioner K.H. Jagadeesha to direct the officers to go on door-to-door survey and regularise water connections so that the MCC revenues will be augmented.

Former Mayor R. Lingappa raised the issue of supplying water through tankers and questioned the rationale behind the same when no tenders were invited for this purpose. Old contractors are being repeated without calling for fresh bids and he demanded a probe in this regard as top-level officers might be involved in favouring contractors. Deputy Mayor Indira Mahesh instructed the authorities concerned to conduct an enquiry and submit a report to the government.