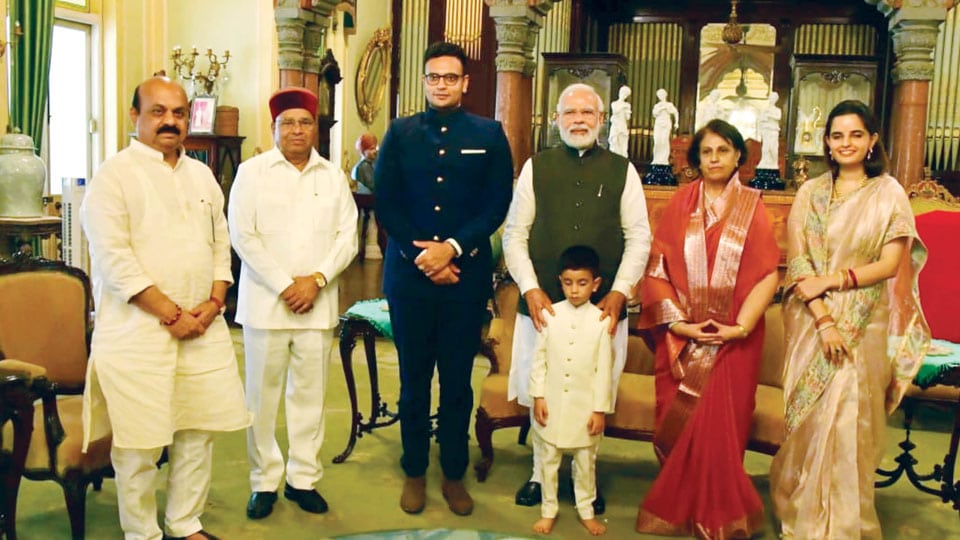 Mysore/Mysuru: Royal delicacies of the Mysuru region including the famed Kashi Halwa and the GI-tagged Mysore Pak were served to Prime Minister Narendra Modi for breakfast at the Mysore Palace today.

Expert chefs from Fern Hill Palace and Regency Villa in Ooty, owned by the royal family, were summoned to the Palace to prepare the breakfast for the VVIPs. Later, the PM was taken around the magnificent structure of the Palace and he was impressed with the architecture.