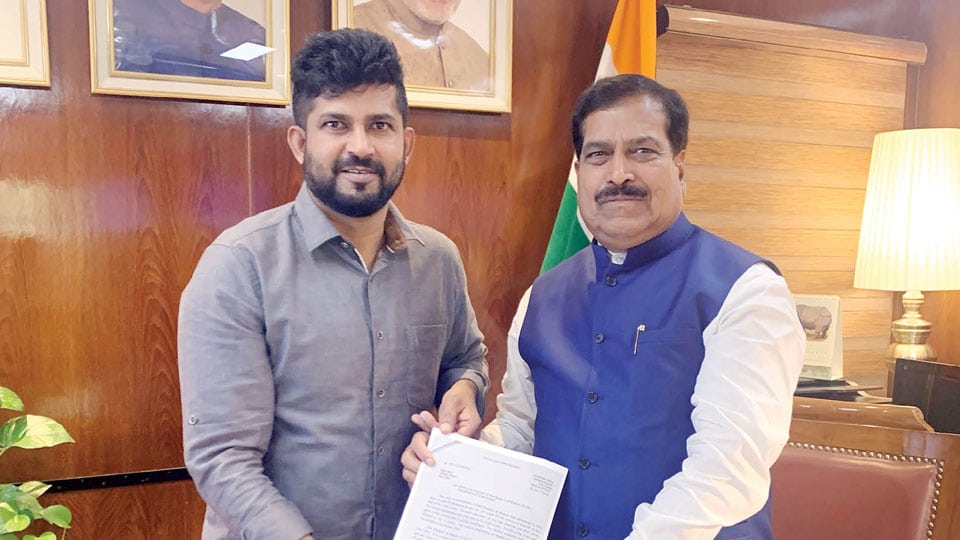 New Delhi: Railway Minister for State Suresh Angadi has directed authorities to release Rs. 5 crore for the development of Mysuru Railway Museum. Railway authorities have taken up the renovation of the museum and Mysuru-Kodagu MP Prathap Simha, who is in Delhi, urged the Minister to release funds.

The Railway Museum is an interesting place to know about the spectacular journey of Railways in India spanning a period of more than 150 years. Located on KRS Road, opposite CFTRI Main Gate, the museum has a fascinating collection of several ancient steam locomotives and carriages. The museum is being renovated and refurbished now and it has been closed since March last year.

The MP said that he had discussed the museum renovation and development work. The MP has discussed various Railway projects related to Mysuru, he said. Simha urged the Minister to introduce rail connectivity between Mysuru and Mangaluru via the scenic Sakleshpur and Subramanya during the day to boost tourism and create jobs.

“I am receiving numerous representations from the people of my Constituency requesting me to persuade the Railways to provide daily day time rail connectivity between Mysuru-Mangaluru as road travel in the ghat section was very inconvenient for elderly, women and children. The number of pilgrims and tourists has also been badly affected because of the non-availability of daily service connecting the two important cities of the State,” Simha told the Minister.

The MP has discussed the proposed Mysuru (Belagola)-Kushalnagar Railway Line. The MP said that laying the line will commence soon as the Union Government has earmarked Rs. 1,857 crore for laying the Railway Line for a distance of 87 kms.

Simha said that the land acquisition process for the Mysuru-Kushalnagar line was delayed by the earlier Siddharamaiah and H.D. Kumaraswamy Governments. “Now the BJP Government has consented to acquire land for the project and the wish of the people of the region will come true,” Simha told reporters.