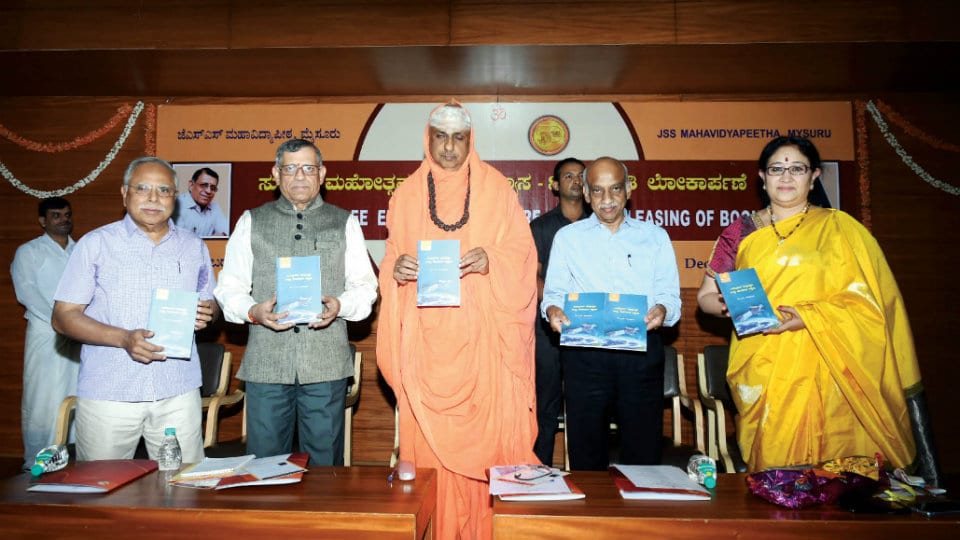 Mysuru: India is a growing economy but not much growth has taken place as it is shackled by religion, caste, capitalism, communalism and other issues, said Chartered Accountant, Part-time Director, Reserve Bank of India and a noted columnist S. Gurumurthy.

He was delivering the eighth Golden Jubilee Endowment Lecture at JSS Mahavidyapeetha at the Sri Rajendra Centenary Auditorium, here this morning on the topic ‘Bharat-Global Ambitions and Local Challenges.’

He said that there is a lot of improvement that is needed for the Indian economy to reach and compete with the world GDP (Gross Domestic Product) standards.

“The reason why we have not reached the global level is because of the local issues that has bounded us and has not freed us from achieving international standards,” Gurumurthy said and added “if we have to reach such standards then what is required to do is a lot of research and to understand the global economy and literature, which we are sadly lacking.”

However, in spite of these challenges if we look within we have the examples of entrepreneurs in Gujarat and Punjab’s Ludhiana where even though people are not well-educated they have managed to export their products in large quantities. 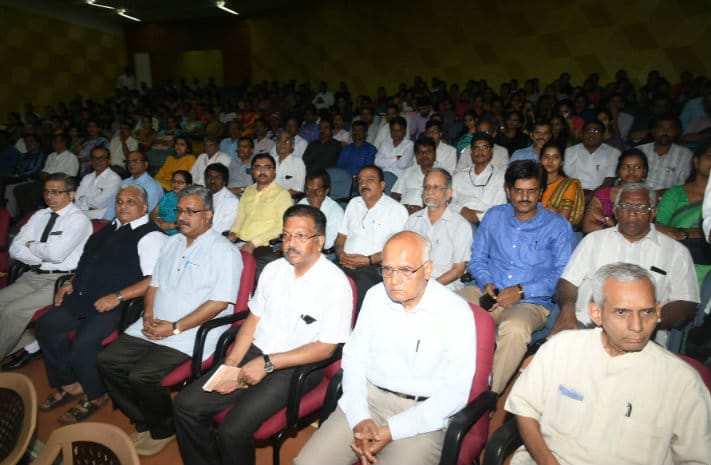 “A Gujarati entrepreneur who is just a fifth standard pass has been very successful in his business while in other parts of the country though the people are better educated they are non-performers,” he pointed out.

Hence, what is required is broad thinking, focus on science and technology  and moving away from sticking to dharmic traditions. “If we follow certain basic principles then we can certainly be on par with rich economies like China, Russia, Japan, America and England and match their economic growth,” the noted columnist said.

Father of the Nation Mahatma Gandhi always said when he saw a farmer working in the field during his visit to different parts of the country after his return from South Africa that unless the last farmer and the downtrodden’s lives improved, the country cannot claim to have progressed.

Even thinkers like Karl Marx and Max Weber always felt that unless the educated are given employment then the country can never progress. Hence, one should concentrate on the skill development, entrepreneurship and see that the GDP of the country’s economy improves, he said.