Home » News » We will miss the young researcher, says family 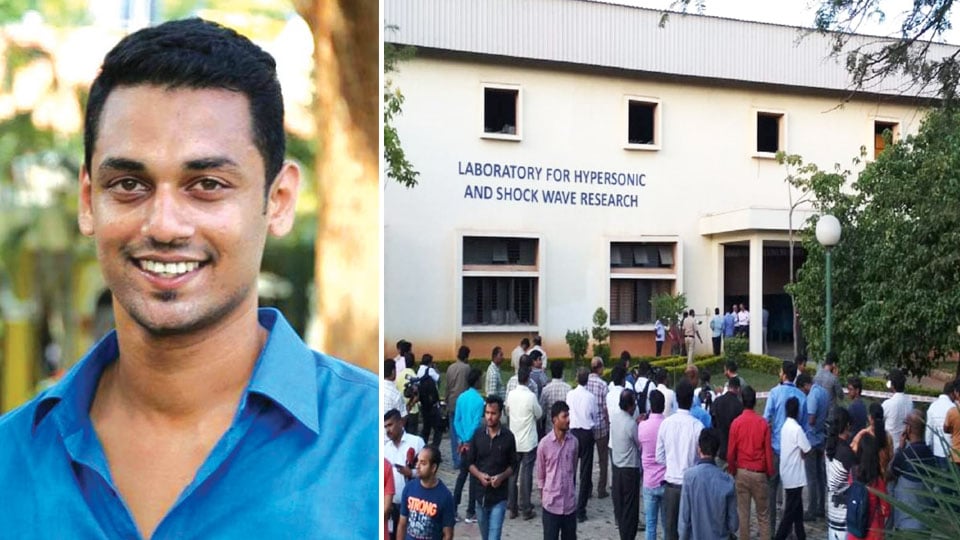 We will miss the young researcher, says family

Bengaluru/ Mysuru:  A pall of gloom has descended over the family of 28-year-old Manoj Kumar, who was killed in a suspected cylinder blast inside a laboratory of Hypersonic and Shock Wave Research Centre inside the prestigious and high-security Indian Institute of Science (IISc) campus in Bengaluru yesterday afternoon.

Manoj Kumar was the son of Prof. K. Prakash, retired Principal of JSS College on Ooty Road and a resident of JSS Layout, 1st Stage on Rajkumar Road near Kalyanagiri in city. The family is yet to come to terms with the tragedy which snatched away a young life and a brilliant research scholar.

Manoj Kumar, who recently got married, died on the spot as he was reportedly working next to the cylinder which exploded. Such was the impact that his body was reportedly thrown 20 feet away, Police said.

“There was no major fire after the blast but it seems it was quite powerful as the victim’s body was torn into two halves. He took the full brunt of the blast,” said a senior Police official at the spot. It is suspected that it was a hydrogen cylinder which exploded due to some variations in the gas pressure. The condition of all three injured are said to be critical and require surgical intervention at the M.S. Ramaiah Memorial Hospital, Bengaluru. As the news of the blast trickled in yesterday, Manoj’s parents left to Bengaluru along with some relatives to fetch the mortal remains. The body was brought to Mysuru at 1.30 am after all the legal formalities were completed and since then there was a regular flow of visitors to the house. Relatives and residents of the area were seen consoling the parents and wife Anusha, who could barely hold back their tears.

Relatives and family members told Star of Mysore that Manoj Kumar was a talented guy and since his childhood, he was interested in science and research. “We will miss the young scientist in our family,” a family member said.

“The injured have suffered multiple fractures, deep facial lacerations and also splinter injuries. The victims were setting up an experiment involving supersonic shockwaves. A mixture of hydrogen and oxygen was used for the process which is very combustible,” the Police said.

It was pointed out that the experimental set up triggered a small spark which came in contact with the hydrogen and oxygen mixture which resulted in the powerful explosion.

Manoj Kumar, who studied from first standard to 10th at JSS Public School, completed his PUC at Marimallapa’s College. He later joined Sri Jayachamarajendra College of Engineering (SJCE) where he completed his BE and M.Tech. Manoj, who got married to Anusha, a Software Engineer in November 2017,   was staying at Manyata Tech Park in Bengaluru.

The last rites of Manoj were performed this afternoon at the Veerashaiva Burial Grounds at Lalithadripura in Mysuru, according to family sources.

3 COMMENTS ON THIS POST To “We will miss the young researcher, says family”