Home » News » S.M. Krishna reveals how he was sent out of State 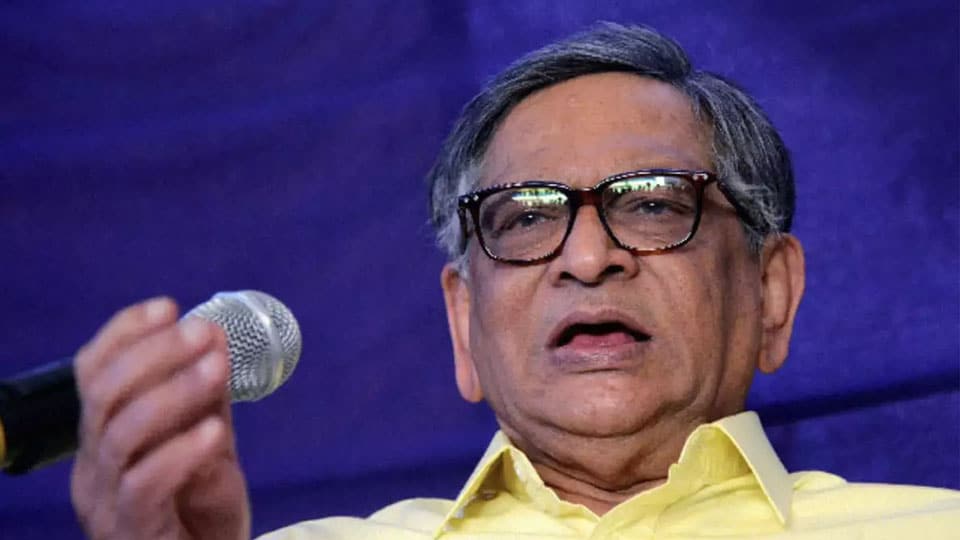 S.M. Krishna reveals how he was sent out of State

Bengaluru:  “In my political life and career there is no such thing as front door entry or backdoor entry. In 1999, I travelled the length and breadth of Karnataka and got 132 MLAs elected. You (H.D. Kumaraswamy) became Chief Minister overnight with the help of BJP (in 2006). That is backdoor politics.” These were the words of former Chief Minister and former External Affairs Minister S.M. Krishna.

The senior BJP leader (then in Congress) was speaking to media at an interaction in Bengaluru this morning.

He launched an indirect tirade against Chief Minister H.D. Kumaraswamy without naming him. “When I was at the helm of State politics, there was a situation where Congress and JD(S) had to form the Government in Karnataka and many leaders had suggested my name. But some leaders conspired to send me out of the State and they managed to send me to the Centre. Later they made me a Governor. All these made me quit Congress,” he said.

When reporters asked Krishna about how once he helped JD(S) Supremo H.D. Deve Gowda to enter Mandya politics and how he could oppose Deve Gowda now, the senior BJP leader quipped, “This is not the election of Vokkaligara Sangha. The country comes first. All other things come later.”

‘Mahagathbandan’ (grand alliance) has become a non-starter, with most regional parties refusing to join hands with Congress. “Mahagathbandan was Mamata Banerjee’s idea. Now, what is the relationship between Mamata and Rahul Gandhi? The TMC and the Congress refuse to see eye to eye,” Krishna said.