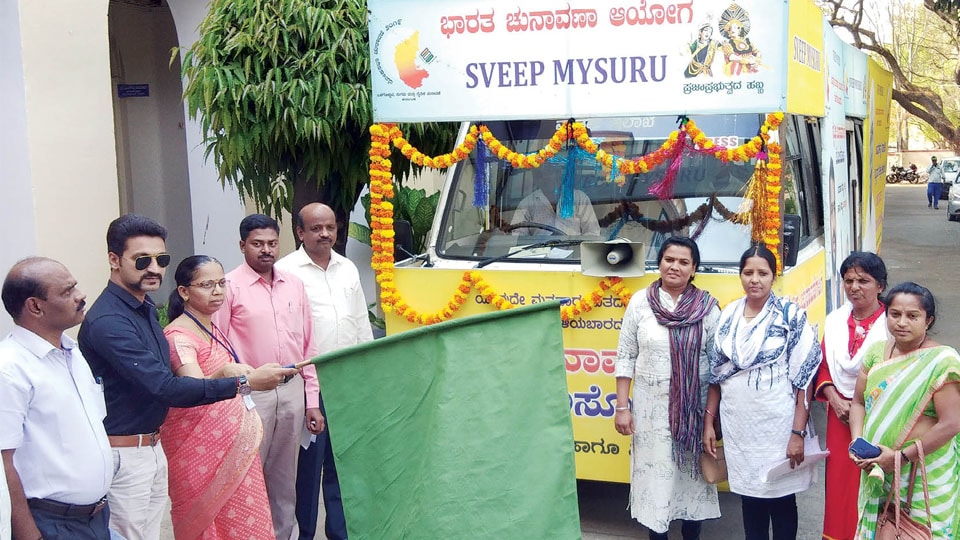 Mysuru:  This Lok Sabha polls will be a more inclusive one with the Election Commission of India (ECI), through district-level Systematic Voters’ Education and Electoral Participation (SVEEP) Committee, aggressively wooing voters including women, tribals, new voters and the general electorate both from urban and rural areas.

The ECI is on a mission to ensure wider participation by urban youth, women and tribals after having found that many of them couldn’t — or did not — exercise their fundamental right to vote during the last elections.

Measures taken by SVEEP Committee to woo voters include setting of ‘Pink Booths’ that are exclusive for women voters, ‘Selfie Zones’ inside Mysuru Zoo and special booths for tribals that look like tribal hamlets with thatched roof and poll officials dressed as tribal chieftains.

These booths will be staffed entirely by women — from the Presiding Officers to the Micro-Observers and Security personnel. This is being done to attract more women to vote, she said.

Inside Mysuru Zoo, five ‘Selfie Zones’ will be set up where people can take selfies in front of various models of animals. Posters on mandatory voting will be displayed around the Selfie Zones compelling people to exercise their democratic right. This step has been taken to encourage people to vote without fail, she explained.

Over 1,145 ‘Voter Literacy Clubs’ have been constituted in schools and colleges and every Saturday, students will take up voter awareness programmes. At each booth, steps have been taken to create a voter-friendly atmosphere by providing all basic facilities such as drinking water, electricity, facilities for persons with disabilities and elderly persons such as ramp, wheelchairs and toilets, she added.

From today, a display signage “Nimma Matha Nimma Hakku” (Your Vote, Your Right) will be lit on Chamundi Hill which will be visible across the city as a part of voter awareness. Bus tickets and doctors’ prescription will also be carrying the message on compulsory voting, she added.

On the occasion, a tableau on voter awareness was flagged off at ZP Office by singer Sriharsha, who is the SVEEP Ambassador.