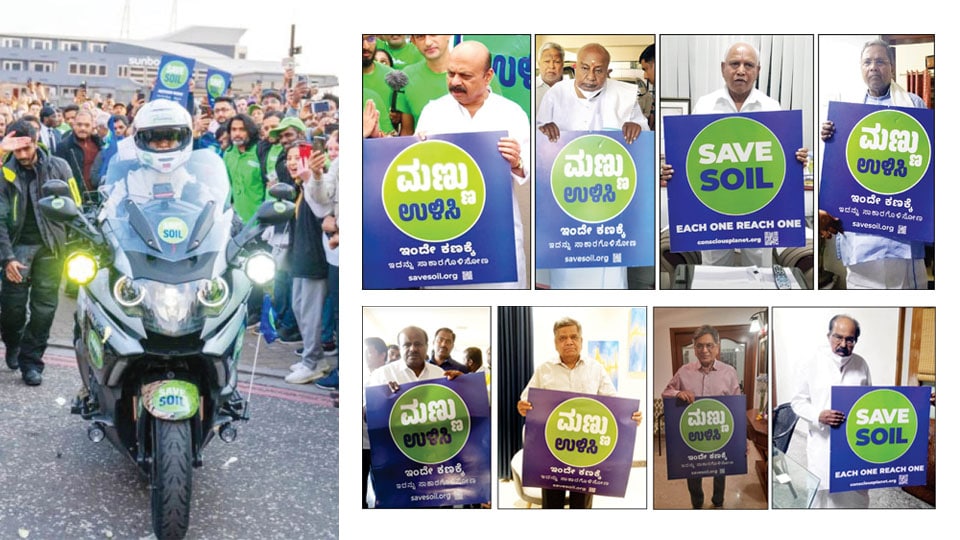 Chief Minister Bommai and former CMs too join the Movement

Mysore/Mysuru: With 52 percent of the agricultural lands already degraded, the soil crisis in the world needs urgent attention. The 100-day, 30,000-km ‘Journey To Save Soil’ that Isha Foundation Founder Sadhguru Jaggi Vasudev started off as a lone motorcyclist in March has now crossed the halfway mark.

Sadhguru has ridden through most of Europe, parts of Central Asia as well as the Middle East to bring the focus on the dire need to save soil.

During the journey, he has met political leaders, soil experts, citizens, media personnel and influencers in each country, impressing upon them the urgency to address soil extinction.

Sadhguru is meeting with heads of countries, political, business, social and cultural leaders apart from the media and celebrities with significant social media presence, to enlist support for the Movement. Sadhguru’s journey will culminate in June in the River Cauvery Basin.

Sadhguru will be arriving in Jamnagar, Gujarat, at the end of this month, and will ride through 9 States over 25 days. He will reach Karnataka on June 19 and will address a public event at Palace Grounds, Bengaluru, in the presence of Chief Minister Basavaraj Bommai. Former Chief Ministers and several dignitaries are expected to attend.