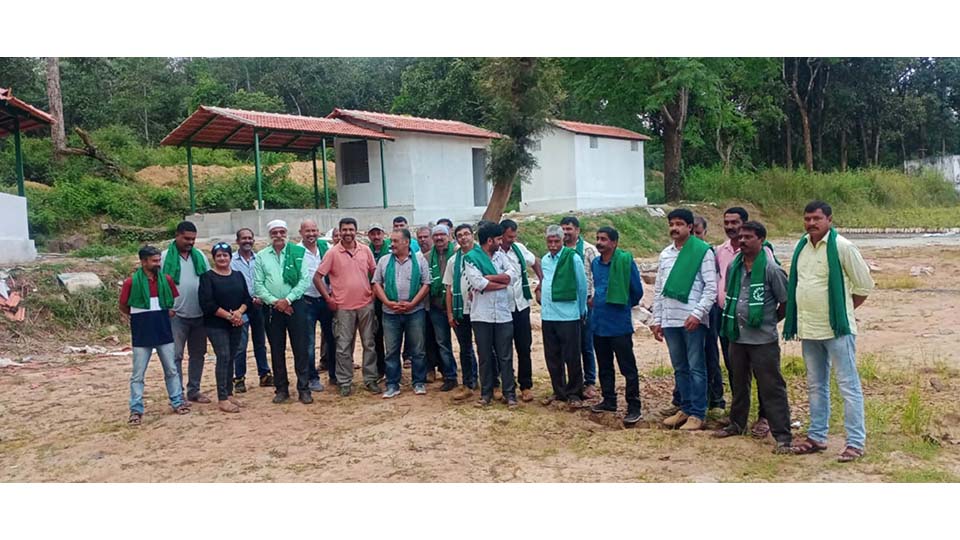 Kushalnagar: Under pressure from the farmers, environment activists and the people of Kodagu, the Forest Department has dropped the proposed safari inside the buffer zone of Nagarahole Tiger Reserve that was likely to commence during winter.

The Forest Department wanted to establish two new safari routes in the buffer zones — at Majjigehalla near Anechowkur and Thithimathi in Kodagu and at Mutturu in Periyapatna taluk of Mysuru — to promote eco-tourism, conservation and for better wildlife management.

Speaking to Star of Mysore, B.N. Niranjan Murthy, Chief Conservator of Forests, Kodagu Circle said that the proposal has been shelved. “The aim of the Forest Department was to promote eco-tourism but the proposal is being dropped due to widespread criticism. We will instead conduct a scientific study on retaining wild animals inside the forests and take measures to prevent human-animal conflict,” he said.

NTCA guidelines to be followed

The scientific study will be based on the guidelines outlined by the National Tiger Conservation Authority (NTCA) on how to protect the wildlife within the forests, instead of running safaris in the buffer zone.

This safari project was a part of wildlife management and forest maintenance and it was being done scientifically. Buffer zone safari would have ensured that animals stayed inside the forests and would not move out due to heightened monitoring through safaris, he said, justifying the proposal. The path created inside the forest for the safari will help monitor and control man-animal conflicts better, he claimed.

“Now that the safari plan is shelved, we will write to the Centre seeking a team to study the Nagarahole Tiger Reserve, boundary villages and buffer zone and come up with a study report. The team’s recommendations will be implemented. We are not promoting buffer zone commercial tourism in any way,” he clarified.

Wildlife experts said that the safari will adversely impact wildlife and could be detrimental to the health and well-being of wild animals. The cash-strapped Forest Department is desperate and it is banking on the safaris as it is a lucrative revenue-generating option, they said.

It may be pertinent to note here that the Department had constructed access roads to the full-fledged tourist ticket counters, reception and rest places at Majjigehalla and at Mutturu and had drawn up plans for the buffer zone safari.

Farmers had opposed the buffer zone safari saying that it will increase the human-animal conflict. They have held several protests at the safari points and at the offices of the Forest  Department demanding the scrapping of the safari proposal.

Farmers up in arms

Kadiyamada Manu Somaiah, Kodagu District President of Karnataka Rajya Raitha Sangha said that they will not relent unless the Forest Department issues a Government Order mentioning that the buffer zone safaris have been shelved. “The officers cannot be trusted as they stay at a particular post just for months. Another new officer comes and implements the old rules,” he said.

If buffer zones — that come between the forest and the villages or human habitat — are opened for safaris, all wild animals will land inside villages and the human-animal conflict will only increase. “If at all the Forest Department goes ahead with the safari plan, we will assemble at safari points in large numbers and force the tourists out of the buses,” Manu Somaiah added.

“If this buffer zone safari project gets an official nod, it will severely affect the elephant corridor and wildlife which otherwise have been living peacefully inside this protected forest. They will be subjected to the hustle and bustle of traffic inside the safari zone causing smoke and noise pollution. The Anechowkur range is an important elephant corridor and is already witnessing heavy traffic density as it connects Mysuru to Kodagu and Kerala,” said Coorg Wildlife Society office-bearer Karthamada Naveen Bopaiah.

“The project will be propelling the zone into a commercial tourist hub and the beneficiaries will be Jungle lodges and Resorts, operating their vehicles catering to its high-end clients. It will also encourage littering, landfill and sewage dumping inside green forests,” he added.