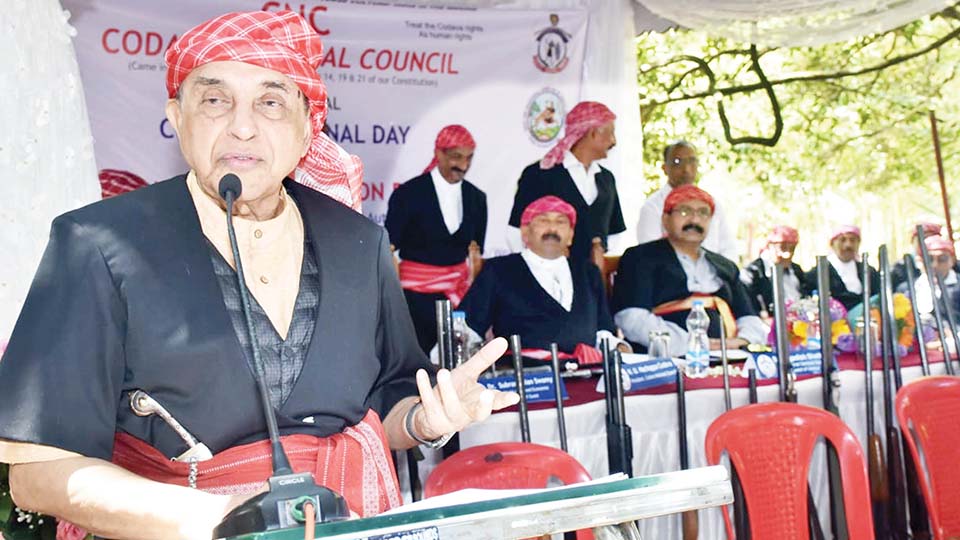 Addressing a large gathering of community members who were dressed in their traditional attires, Dr. Swamy said that the demand for a separate Kodava land is justified. “I will move the Supreme Court (SC) seeking formation of an autonomous  Kodava land,” he said.

Pointing out that Kodavas have the Constitutional right to demand an autonomous status, Dr. Swamy said he would file an application in the SC and engage top advocates for argument. Stating that when B.S. Yediyurappa was the CM, he had promised to fulfil the demand of an autonomous state, the RS MP said that nothing has happened since then and the current CM Basavaraj Bommai seems to have little understanding of the issue.

“There is nothing wrong in seeking an autonomous State. The formation of Goa, Telangana and Uttarakhand are a result of relentless struggle. The Kodavas are an integral part of India and they are seeking a separate autonomous region as their Constitutional right,” he said.

Virat Hindustan Sangam (VHS) National General Secretary Jagadish Shetty maintained that the demand is not anti-national, he said that the Government should seriously consider the demand and take measures for its fulfilment.

READ ALSO  All Indians are one people with one DNA

Dr. Subramanian Swamy announced that he would give Rs. 10 lakh out of his Rajya Sabha MP grants for the development of Karada Maletirike Temple Road.

Others included exemption under Indian Arms Act to hold firearms to Kodavas by race should continue without any hindrance and Kodava language being ancient, rich and a living spoken language, must be included in the Eighth Schedule of the Constitution.