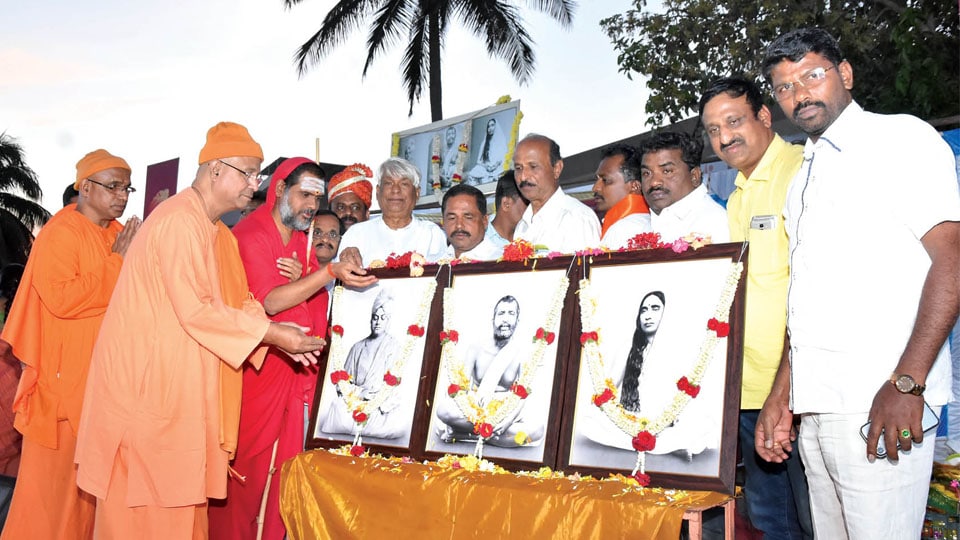 Mysore/Mysuru: A grand Rathotsava, carrying the portraits of Sri Ramakrishna Paramahamsa, Sarada Devi and Swami Vivekananda, was taken out as part of the Holy Trio Jayanti celebrations in city last evening.

Writer and renowned Orator Chakravarty Sulibele, in his address, said that it was happy to note that the Jayanti is being celebrated in such a large-scale in Mysuru.

Recalling Swami Vivekananda’s historical speech at the Parliament of the World’s Religions in Chicago in 1893, in which he introduced Hinduism, Sulibele said that Swami Vivekananda showed to the world the greatness of Hindu Dharma and thus became a household name.