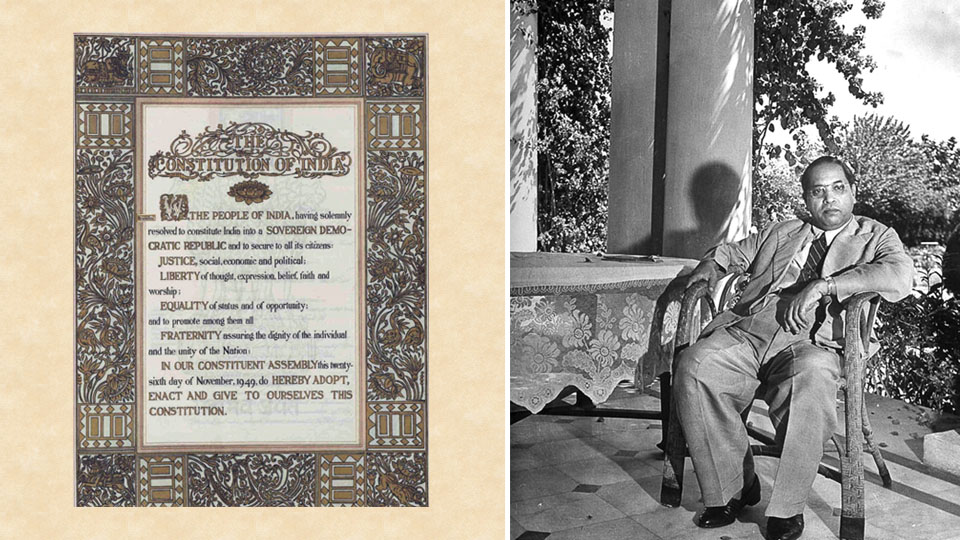 The Government of India declared 26th November as Constitution Day on 19th November 2015 by a gazette notification. Prime Minister Narendra Modi made this declaration on 11th October 2015 while laying the foundation stone of Dr. B.R. Ambedkar’s Statue of Equality Memorial in Mumbai.

However, the Congress, Shiv Sena and a few other parties boycotted the joint sitting in protest against the political developments in Maharashtra.

Previously this day was celebrated as National Law Day and 26th November was chosen to spread the importance of the Constitution of India and also to spread the thoughts and ideas of Dr. Ambedkar.

To mark the 70th anniversary of adoption of the Constitution, here we publish a three-part article by Dr. C.D. Sreenivasa Murthy of Mysuru, titled “We The People — The making of Indian Constitution and the forgotten Kannadiga who helped build India’s Democracy.”