Home » News » Save one hour exclusively for your own health, says Yoga expert Dr. Manjunath 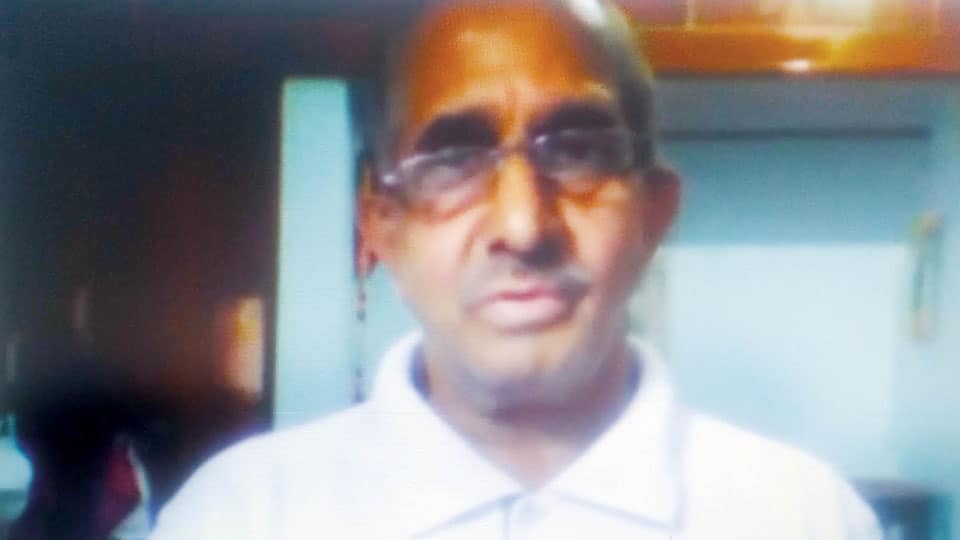 Save one hour exclusively for your own health, says Yoga expert Dr. Manjunath

Mysore/Mysuru: The Mysore Grahakara Parishat (MGP), Yadavagiri, as part of its monthly virtual interaction programme with its members and public, had invited Dr. Manjunath, Ayurveda Physician and Yogacharya, to present a talk on Yoga for Health. Several members of public including some MGP members actively participated and interacted with him.

Speaking on the occasion, Dr. Manjunath called Yoga as a way of life and a way to keep good health. Although there are many yoga practices, the Ashtanga Yoga is normally practised by many to understand the body’s activities and how best to keep healthy life.

Referring to Maharshi Pathanjali’s advice of Yogaha chithaha vruthi and nirodh, Dr. Manjunath said that once a person understands himself and his body, he is said to have attained mental and spiritual relief although several thoughts of the past life appear in mind as mere illusion which get gradually controlled by yoga and meditation.

Hata Yoga which is the normal yogasana practised by many brings about a balance in the conflict between the body and mind by streamlining and channelising the mind, the doctor added.

Yogasana has the power not only to prevent spreading of diseases but also eliminates them by blocking the adrenal hormones from growing into the body and increase the heart beats.

He also informed that several researches on the benefits of Yoga have been carried out throughout the world including at NIMHANS in Bengaluru about the control of mind and body. This can be made possible by change of mind by listening to music, the sound of nature, the sound of water flow in rivers etc.

About the fear psycho situation in Covid-19, after following the Government guidelines for the three safeguards, one can go ahead with yogasanas and spend some time in doing simple exercises as per our body’s ability and age to perform and get customised, he advised, as discipline in mind is most important in yoga. This will eliminate any bondages in our mind.

A simple exercise of breath-in and breath-out was conducted for the audience in a sitting posture and advised them to practise for their health. Apart from yogasanas, food habits, sleeping habits and lifestyle are also important to have a healthy body and peaceful  mind, he said.

Dr. Manjunath has worked as a trainer in health and allied sciences in voluntary sector for the past 45 years, both nationally and internationally and has published 43 papers and presented in various fora. He has also worked in Indian High Commission at Mauritius and Indian Embassy at Tashkent as Yoga teacher and cultural Ambassador in these two places   for six years.

He has written four books in Kannada called Mane Maddu. Teaching Ashtanga Yoga in two schools in Mysuru city, he is an active member of MGP for 25 years. A resident of Vidyaranyapuram, he can be contacted on Mob: 99026-13543, according to a press release from MGP President  Dr. B.V. Shivamurthy.