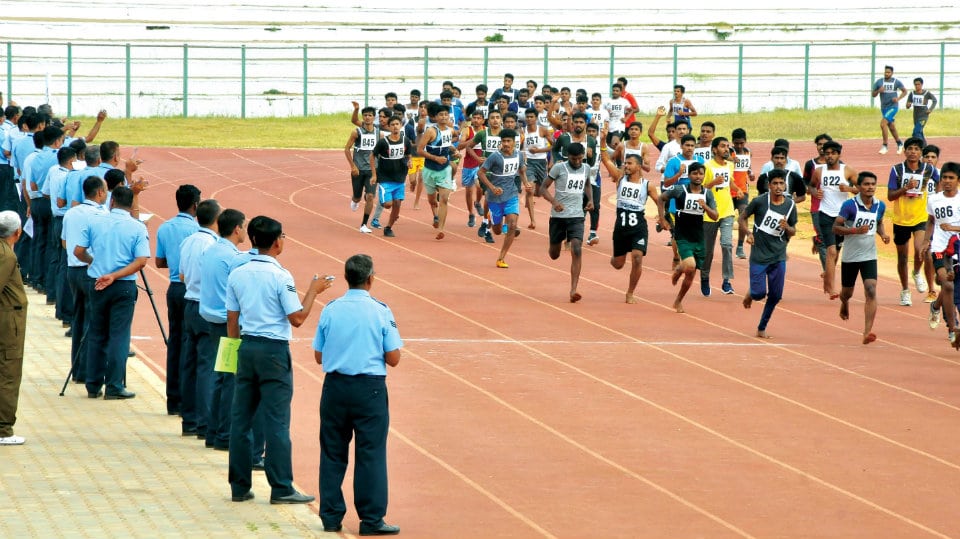 Mysuru: There was poor response from candidates at the second day of Airmen recruitment rally (for 20 districts) held at Chamundi Vihar Stadium in city this morning with most of the candidates from South, Middle and parts of Coastal Karnataka failing to turn up.

The first recruitment rally (for 10 districts) that was conducted on Dec. 5 at the same venue received an overwhelming response with over 1,500 candidates turning up from North Karnataka.

Officials from IAF told Star of Mysore that only 1,150 aspirants attended today’s rally. Even the District Administration was not happy with the number of aspirants for today’s rrally asit expected youngsters in large numbers. 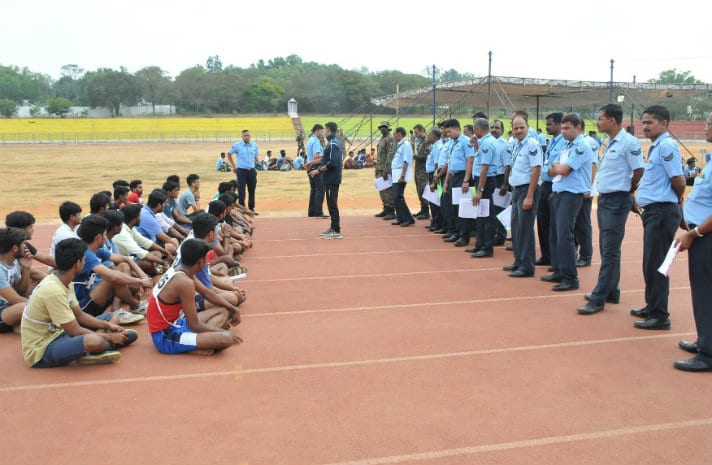 The recruitment process began as early as 5.30 am to manage the rush. The rally was organised by Central Airmen Selection Board. Unmarried male Indian candidates who have completed PUC/ 10+2/ Intermediate from Karnataka who were born between 14 July 1998 and 26 June 2002 (both days inclusive) were eligible for selection. Their minimum height must be 152.5 centimetres and were to report at the venue by 9 am  along with original mark sheets or passing certificates and residence proof.

But today, the IAF had relaxed reporting timing to 10 am owing to poor turnout. The age of the candidates were checked at the entrance. The age was checked through SSLC marks cards by the recruitment Officers and the same was verified by Education Department Officers.

Aspirants were allowed to take part in physical test after giving a self-declaration that they do not have tattoos on their bodies. The rally was held under the leadership of Wing Commander Mayank Kanungo, Commanding Officer, 7 Airmen Selection Centre, Bengaluru.