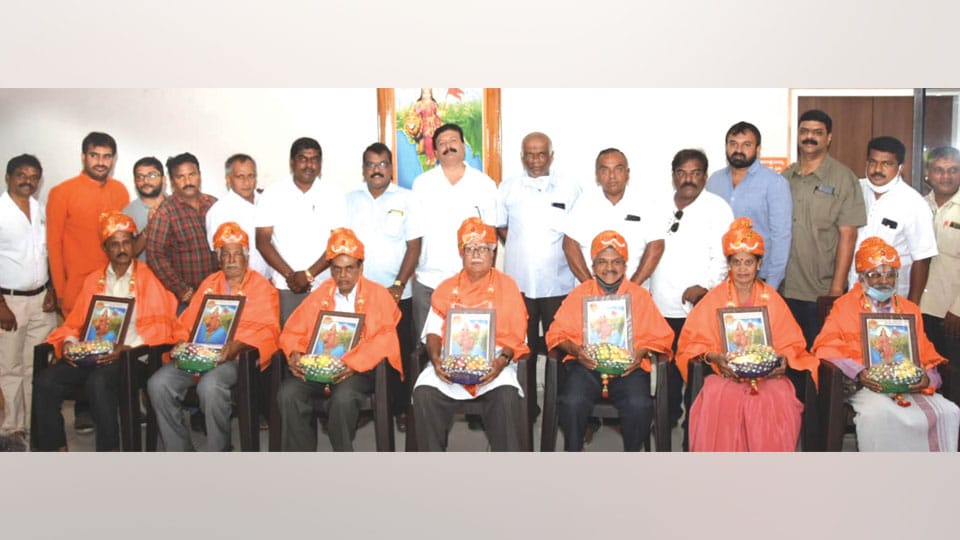 Mysore/Mysuru: City BJP unit celebrated the party’s Foundation Day at a programme organised under the aegis of the party’s Trade and Commerce Cell, at the party Office at Chamarajapuram yesterday.

Speaking on the occasion, City BJP President T.S. Srivatsa said that great leaders such as Dr. Shyama Prasad Mukherji and Deen Dayal Upadhyaya formed the Jansangh decades ago as an alternative to the Congress. Later, the Jansangh transformed itself into BJP in 1980 under the leadership of  tall leaders such as Atal Behari Vajpayee and L.K. Advani, he said. Recalling the growth of the BJP since its formation 41 years ago, Srivatsa said that the party, which had only two members in the Lok Sabha in the 1980’s, has now grown into a huge party with over 300 LS members. He called upon the party workers to carry forward the legacy left behind by the founding fathers of the party.