Home » Voice of The Reader » When shall Mysuru Airport be operational? 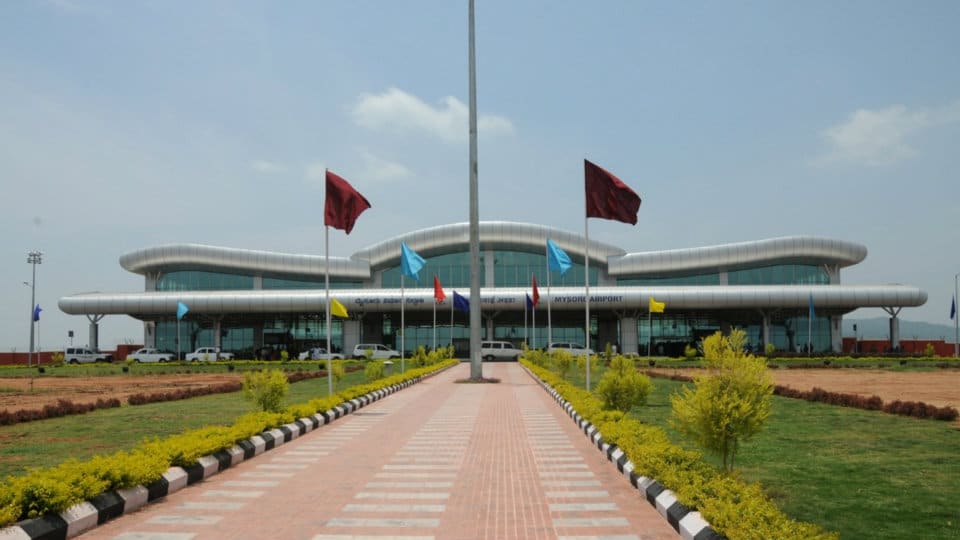 When shall Mysuru Airport be operational?

This is in response to the news item titled “Officials review Airport security, expansion” in SOM dated 13th February 2017. It was good to read that officials reviewed the Mysuru Airport with regard to the security following frequent VIP and VVIP movements and expansion plans. But there was no word about when the Mandakalli airport would start its flight operations for common citizens.

There were a lot of promises being made by the concerned people’s representatives with regard to introduction of direct flight services between New Delhi, Mumbai, Hyderabad and Chennai to Mysuru, as direct flight from Bengaluru to Mysuru was not a viable option. I am eagerly waiting when such promises would be fulfilled.

Even though the passenger service to Bengaluru using Dakota aircraft began in 1950s, the Mysuru airport is still on and off of the airport radar. In the meantime, SOM also published a report on Kannur international airport which is projected to commence its flight operations from September 2017. The airport project was initiated in 1996, when C.M. Ibrahim was the Union Minister for Civil Aviation. The new airport would be turned into a major aviation transit point and will have a handling capacity of 4.67 million passengers.

During September 2016, the Chief Minister of Kerala, Pinarayi Vijayan decided to increase the runway by 4000 mts  in Phase I along with a full parallel taxiway to enhance safety as reported earlier. Once the extension to 4000 mts is completed, Kannur will be the fourth airport in India to have a runway length of 4000 mts after Delhi, Hyderabad and Bengaluru.

This makes the difference between the phase of developmental work undertaken by our neighbouring State Kerala with that of Karnataka. The report also stated that once the Kannur airport becomes operational, it is expected to become a boon for people of Kodagu. We the people of Karnataka are depending upon our neighbouring State for the ease and convenience of flight travel, which our own State lacks. After watching the progress of Kerala, will our elected representatives learn the lesson of developing the State?