Home » News » Shiva Temples in city gear up for Mahashivaratri 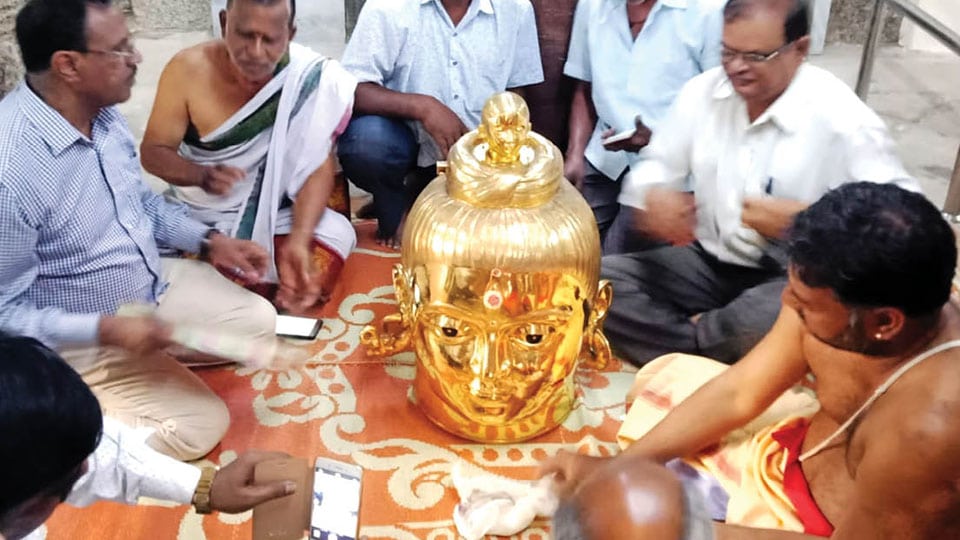 Shiva Temples in city gear up for Mahashivaratri

Mysuru: Mahashivaratri or the ‘great night of Shiva’ comes once in a year, either in February or March, depending on the lunar calendar and this year, it is celebrated on Mar. 4 (tomorrow). It is a major Hindu festival in honour of Lord Shiva.

Every lunar month, there is a Shivaratri (12 per year). The main festival is called Mahashivaratri and this is on 13th night (waning moon) and 14th day of the month Phalguna (Magha).

All Shiva Temples in city have geared up for the festival as thousands of devotees throng them on the day to offer prayers to the deity, who is believed to be the ‘destroyer of evil.’ While some celebrate it as the day to chant Shiva Mantra Om Namah Shivaya, praying to Lord Shiva, ardent devotees observe fast and meditate, followed by Jagaran (keeping awake all night). Offerings of fruits, bilwapatra, sweets and milk to Lord Shiva are also made.

As part of the celebrations, the 108 Shivalingas at Sri Shaivashilpi Brahmarshi Gurukula on Ramanuja Road were cleaned this morning as a precursor to the rituals.

At the historic Kamaka-meshwari Temple on Ramanuja Road, the rituals will commence with the performance of ‘Eka Dashavatara Rudrabhisheka’ to the deity. Amrutheshwaraswamy temple on Dewan’s Road has a history of over hundreds years. Homas like Mruthyunjaya homa, panchamrutha abhisheka, rudrabhisheka and others will be held. Rituals will also be held at 101 Ganapathy Temple in Agrahara, Sri Chandramouleshwara Temple, Matru Mandali Circle, Vontikoppal.

As part of the celebrations at Trinayaneshwara Swamy Temple, popularly known as Trineshwara Swamy Temple in the Mysore Palace premises, the 11-kg Golden Mask (Chinnada Kolaga) of Lord Shiva along with other valuables including ear-rings made of emeralds were brought from the District Treasury amidst tight security yesterday in the presence of Chamundi Hill Temple Executive Officer K.M. Prasad.

As today being a Sunday and since the question papers of the ongoing Second PUC exam being stored in the District Treasury where the Golden Mask is also stored, the mask was handed over to the Temple authorities yesterday. The Golden Mask and valuables were donated by the then Maharaja Jayachamaraja Wadiyar to celebrate the birth of his son Srikantadatta Narasimharaja Wadiyar in the year 1953.

The Golden Mask will be placed on the deity at 5.30 am tomorrow, following which the temple will be opened for devotees. The rituals to be performed at the temple include ‘Mahanyasa puja’, ‘Rudrabhisheka’, ‘Ashtothara’, ‘Panchamrutha Abhisheka’ and ‘Mahamangalarathi’. After the festival, the Golden Mask will be taken back to the District Treasury.