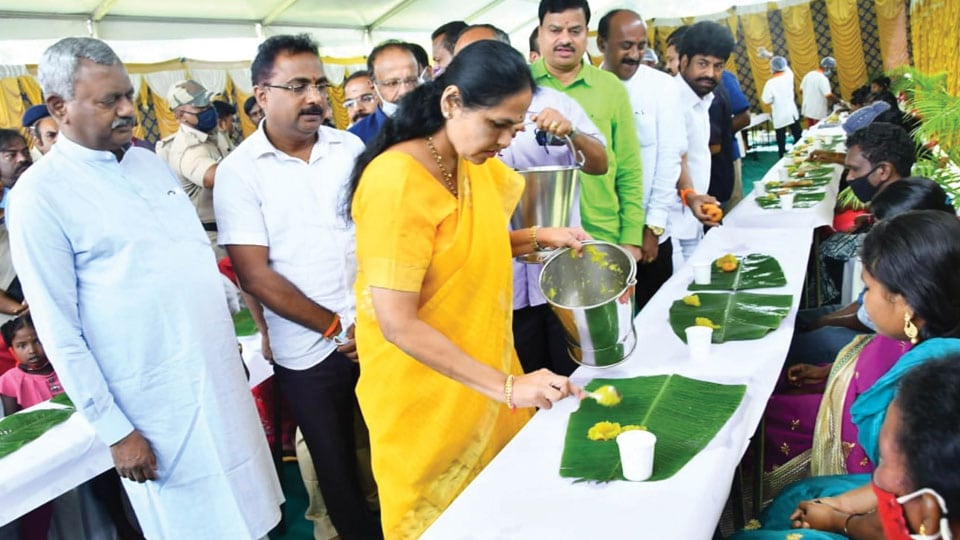 Mysore/Mysuru: In keeping with her practice for the past few years, Union Minister of State for Agriculture Shobha Karandlaje hosted breakfast for Mahouts and Kavadis of Dasara jumbos, who are camping in the Palace premises, on Thursday.

Shobha has made it a practice to climb the footsteps of Chamundi Hill every year after she became the Mysuru District In-charge Minister during the first BJP Government headed by B.S. Yediyurappa in 2008.

She had also made it a habit to host breakfast for Mahouts, Kavadis and their families on a day during the run-up to ‘Jumboo Savari.’

Accordingly, Shobha climbed the footsteps on barefoot early on Thursday morning and later hosted a breakfast for Mahouts and Kavadis in the Palace premises.