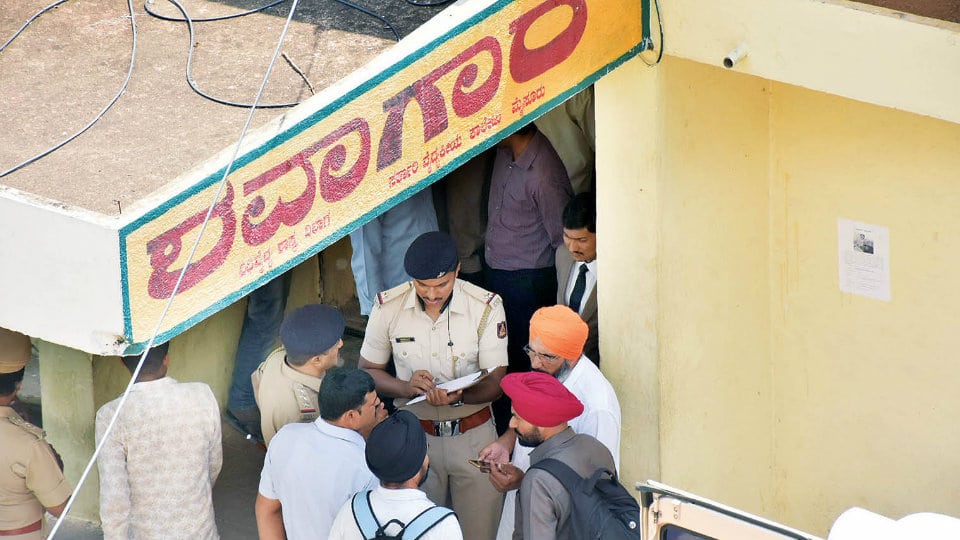 Mysuru: The family members of Sukhwinder Singh alias Durgesh from Faridkot in Punjab arrived in city this morning and recorded their statements before a Magistrate and Additional Tahsildar. Sukhwinder was shot dead by Vijayanagar Inspector B.G. Kumar near S.V. Apartments on Hebbal Ring Road on May 16.

Sukhwinder’s uncle and his two friends came to the mortuary of Mysore Medical College and Research Institute (MMCR&I) at around 10.15 am. Sukhwinder’s body has been kept at the mortuary and an inquest was performed. As per the guidelines issued by the Supreme Court and National Human Rights Commission (NHRC) in Police encounter or shoot-out cases, the presence of a Magistrate and a Government official of the rank of a Tahsildar is mandatory during the inquest process.

After the inquest, Sukhwinder’s body was taken to K.R. Hospital for a full-body scan as per Supreme Court and NHRC guidelines. Later the body was brought back to the mortuary and a post-mortem was conducted after which the body was handed over to the family members.

Apart from three-tier security to the mortuary where no one was allowed inside, special arrangements were made for the post-mortem. An exclusive section was created inside the mortuary for the procedure and other dead bodies waiting for post-mortem were separated from where Sukhwinder’s body was examined.

Meanwhile, Karnataka Director General of Police Neelamani N. Raju has issued orders to the Mysuru City Police to hand over the investigation to Crime Investigation Department (CID). The order was issued following guidelines from the Supreme Court. A team led by DSP Chandrashekar of CID has arrived in Mysuru to take over the case.

As per the guidelines, in such cases (encounter or shoot-out), an independent investigation must be conducted by CID or by a team of another Police station under the supervision of a senior Police officer one rank above the officer who led the encounter team. In this case, the DGP ordered a CID probe.

In the meantime, sources said that Mysuru City Police Commissioner K.T. Balakrishna has written to Faridkot SP seeking details of Sukhwinder’s antecedents. As Sukhwinder is involved in purchasing demonetised currency notes, the Faridkot Police must have some information about his activities, criminal history and records, the letter stated.

It may be recalled that the entire shoot-out incident revolved around demonetised notes as Sukhwinder and his two accomplices were waiting for a person near S.V. Apartments in a car when the Police surrounded them.