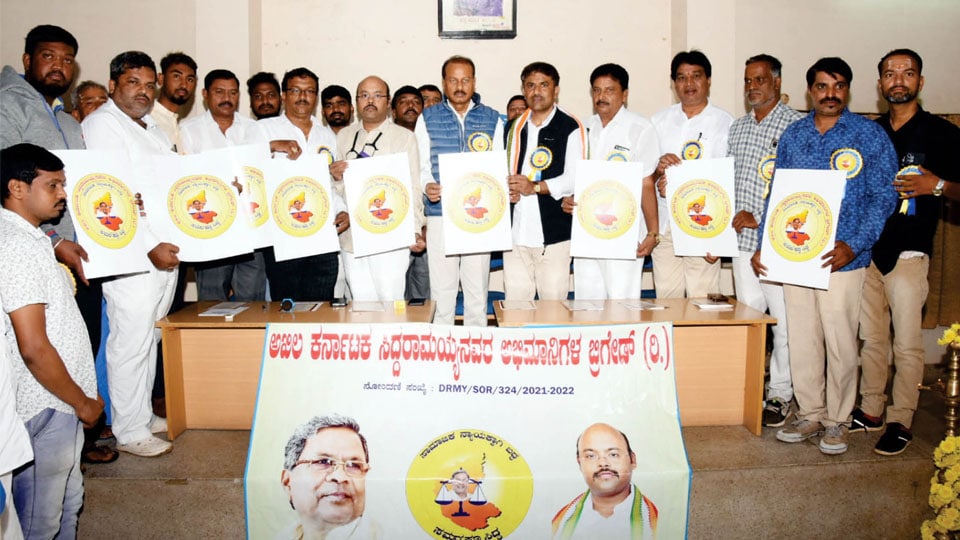 Mysore/Mysuru: Maintaining that after D. Devaraj Urs, it was Siddharamaiah who rendered social justice to Backward Classes and gave a good administration, KPCC Working President R. Dhruvanarayan said that it is good that the supporters of the former CM from across the State have formed a Brigade to carry forward the initiatives of their leader.

He was speaking after inaugurating ‘Akhila Karnataka Siddharamaiah Brigade’ at a programme organised at Pathrakartara Bhavan (MDJA) on Thyagaraja Road here yesterday.

Pointing out that D. Devaraj Urs strived for getting social justice to all sections of the society, Dhruvanarayan, who is also a former MP, opined that if there is any Chief Minister who tread the path of Urs in rendering social justice, it was Siddharamaiah, who headed the Congress Government for five full years.

Noting that the Brigade has come into existence at a time when there is growing unrest and distrust in the society, Dhruvanarayan stressed on the need for working towards bonding the society in these trying times. At the same time, it is also necessary that superstitious beliefs  and social evils are driven out of the society, he added.

MLA Dr. Yathindra Siddharamaiah, in his address, said that the Brigade formed in the name of Siddharamaiah should work for the welfare of Backward Classes and all other oppressed sections of the society.

The Brigade office-bearers were issued appointment letters on the occasion.