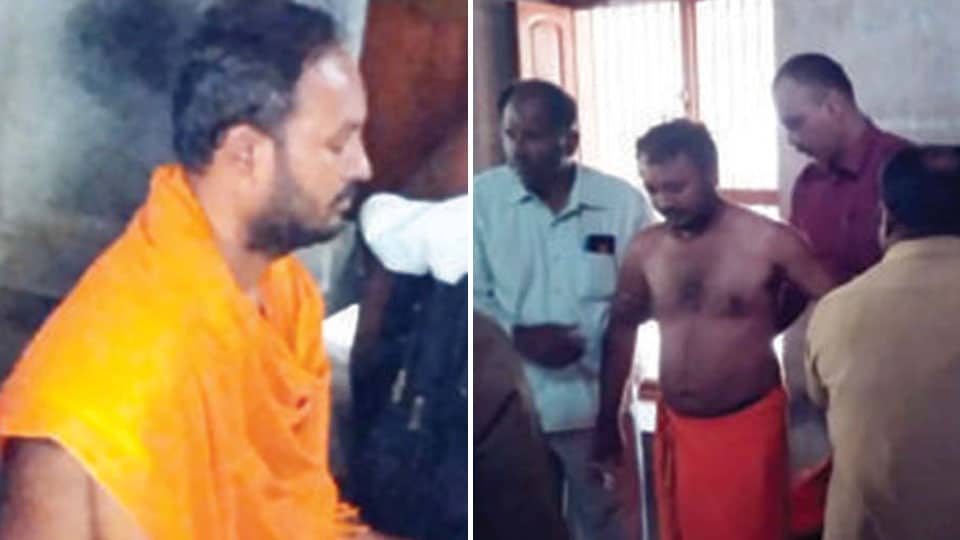 Bengaluru: More than two weeks after a woman was attacked with acid in Bengaluru, the Police nabbed the 27-year-old accused at an ashram in Tamil Nadu.

The accused, identified as Nagesh, reportedly threw acid at the victim’s face after she turned down his advances.

On April 28, an acid attack case was reported in the Kamakshipalya limits of Bengaluru. The Police suspected a love angle in the matter. Further investigation revealed that 27-year-old Nagesh was dismayed after the woman turned down his proposal.

After mounting pressure, the Bengaluru Police had strengthened the efforts and formed seven teams to nab the man at the earliest. The Police had detained the accused’s elder brother and parents in connection with the case.

They had also taken 20 more persons into custody. The Police teams had gone to neighbouring States in search of Nagesh and released pictures of the accused to help the public identify him.

Meanwhile, the survivor is recovering well at St. John’s Hospital and has been shifted from the ICU to the Burns Ward. Earlier this month, the doctors successfully carried out the skin grafting procedure and said she was responding well to the treatment.