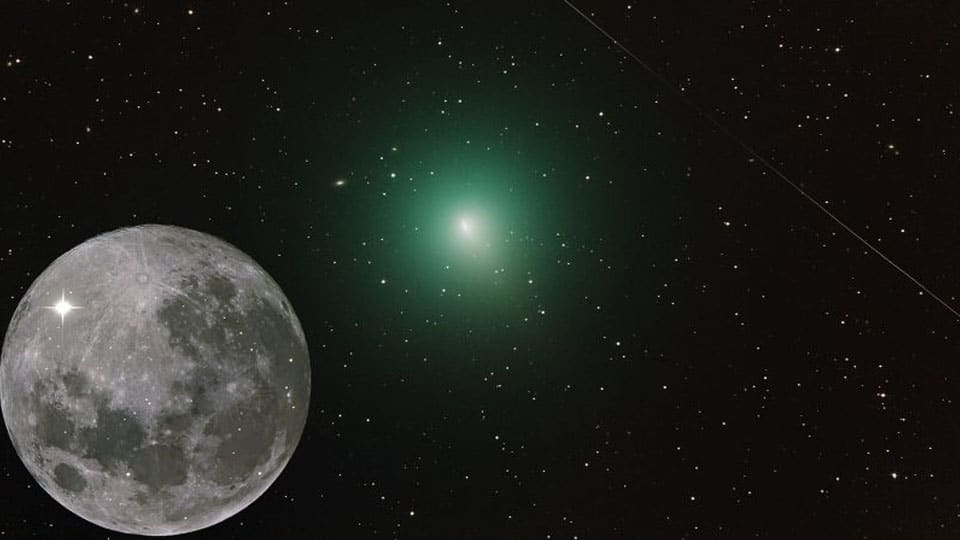 SKYWATCH: Brightest Comet ‘Wirtanen’ at its best in December

The most beautiful celestial object perceptible in the night sky is the ‘Comet.’ Most of the time, Comets remain in deep-frozen “sleep” in outer space, but occasionally they are dislodged from their orbits and fall forward the inner solar system.

Comets are at their brightest when they are closest to the Sun, it is best to search for them in the sky directly after sunset although never when the Sun is still above the horizon. In the month of December 2018, fix your stares on the sky to watch the spasmodic comet ‘Wirtanen.’ Throughout December, it will be visible in the Northern Hemisphere.

The behaviour of the comets is highly unpredictable. Comets large enough to be detected in the outer solar system may prove to have thick, insulating crusts that they never develop, whereas smaller comets may be as insubstantial as a snowball and melt away to fragments as they come closer to the Sun.

We can expect a ghostly green blob to grow brighter in the sky near Lynx, Taurus and Eridanus in the coming days, as Comet 46P/Wirtanen makes it closest approach to the Earth in 20 years.

Comets are the least predictable members of the solar system. A ‘Comet’ is a ball of ice and dust that orbits Sun. Professional observatories rarely have time to devout to scan skies in search of new celestial objects, so amateur astronomers, using simple equipment, often discover comets. Presently, ‘Wirtanen’ can be seen in ‘Taurus’ or ‘Lynx’ constellation at a magnitude of 2 and has been getting brighter and larger since November 2018.

Although it was low in September 2018, it moved rapidly and can be located very high in the evening sky. The comet ‘Wirtanen’ is undoubtedly an evening comet and is clearly visible from even small telescopes from 11 pm to 2 am, provided the night sky should be absolutely clear.

Wirtanen is one of three comets that astronomer Carl Wirtanen discovered in 1948. It makes flybys of Earth every 5.4 years, cycling in a short orbit that makes it a part of the Jupiter-class family of comets. Wirtanen has a small nucleus. The Hubble Space Telescope examined Wirtanen in 1996 and found a tiny core of only seven-tenths of a mile (1.1 km), one of the smallest cometary nuclei we know of.

Presently the comet could be seen in southeastern sky. Since comet ‘Wirtanen’ is generally referred to as an ‘evening comet’, it is usually seen at around 11:45pm. Even with the help of small telescopes and binoculars, the comet is noticeable. But the best time to witness this periodic comet is around 11 pm to 2 am. The comet is visible from all parts of India.

During the first two weeks of April also, comet is clearly visible. The reflecting telescope with 6-inch reflector will do to witness this comet. So enjoy watching ‘Wirtanen’ and reveal the magnificence of astronomy.