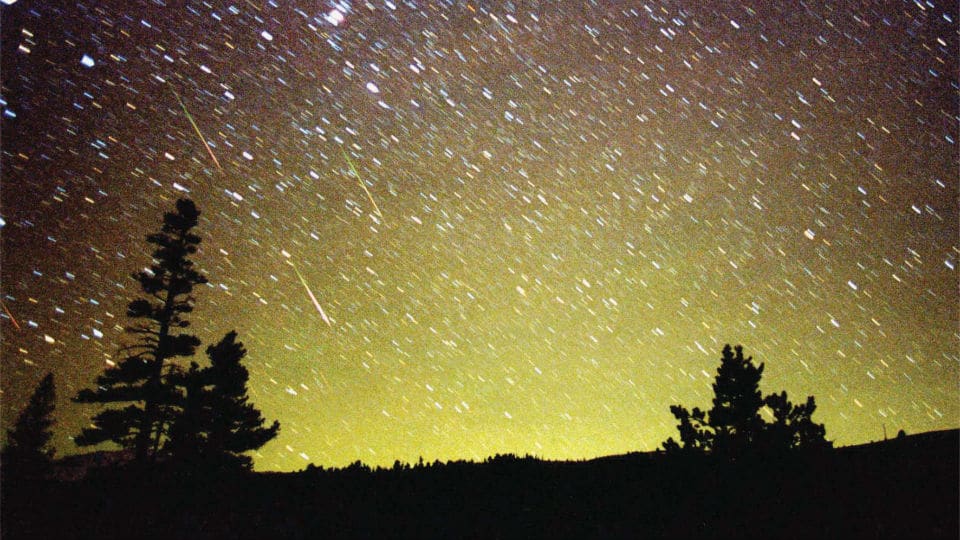 SKYWATCH: ‘Shooting Stars’ to light up the sky tonight

A meteor, sometimes called a “shooting star,” can be the brightest object in the night sky, yet meteoroids are the smallest bodies in the Solar System that can be observed by eye. Wandering through space, perhaps as debris left behind by a comet, meteoroids enter the earth’s atmosphere, are heated by friction, and for a few seconds streak across the sky as a meteor with a glowing trail. A brilliant meteor, called a fireball, may weigh many kilograms, but even a meteor weighing less than a gram can produce a beautiful trail. Some of these visitors from space are large enough to survive their trip through the atmosphere and impact the ground as meteorites. Fireballs are sometimes followed by trails of light that persist for up to 30 minutes; some, called bolides, explode with a loud thunderous sound.

On Nov.17 and 18, it is unambiguous for us to see the mesmerising ‘Leonids’ meteor showers. This year, meteor showers will be excellent as it will be free from full moon. Leonid is a meteor shower known for its variable activity.

The Leonid meteors at their peak are capable of producing the spectacular display of celestial fireworks known to man. For about an hour or so the heavens seem to burst open and pour forth a deluge of shooting stars. The Leonids are the swiftest of all shower meteors, at 44 miles per second — almost the highest theoretical speed for meteors belonging to the Solar System — because their orbit runs nearly head-on to the Earth’s.

The Leonids historically are active from Nov.14 to 21.  The source of the Leonids was first identified in 1866 by the Italian astronomer, Giovanni Virginio Schiaparelli (1835-1910). The annual meteor shower known as the Leonids happens every November and is one of the most famous of all meteor showers. This meteor shower can be seen between 11 pm and 5.30 am in south-eastern direction.

Shooting Star
Natl. conference of Medical Bio-chemists begins
83rd All India Kannada Sahitya Sammelana: Public too can savour dishes along with litterateurs and delegates at the Meet