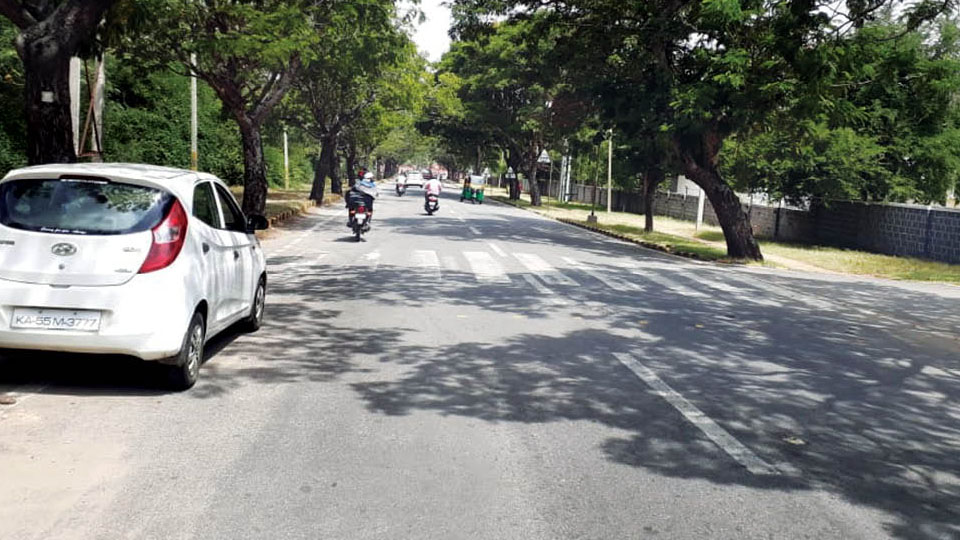 It was reported in the press very recently that our Government that existed technically until two days ago was thinking of building a median with Jersey Barriers all along the Mysuru-Bengaluru Highway that is right now under renovation. I used the term ‘technically’ because I felt that it was the most appropriate way of defining the existence of our State Government.

I’m sure that you will all agree with me that although we had a Government in its rightful place it simply did not function as one all through the fourteen months of its existence. Every one of the MLAs, who were a part of it, irrespective of their party affiliations, whom we had elected at great cost and effort to have some responsible governance, let us down with their own petty squabbling to hold on to power and pelf from day one in a shameful showdown that culminated this week. But it is a sad irony that none of them seem shamefaced or even sheepish over their pathetic performance!

Anyway, let us leave aside what can perhaps never be set right in our lifetimes and return to the road I am talking about. For the information of those who do not know what Jersey Barriers are they are the waist high concrete barriers that are now being commonly used as road dividers in most of our cities and towns. They are called so not because they resemble Jersey cows but simply because they were first used in the US State of New Jersey in the early 1950s. However, it may be noted that concrete barriers of various other designs and dimensions were in use both in the US, Canada and many European countries much earlier too.

The idea of replacing the existing, less than a foot high, median nearer home with a taller and much more resistant one seems justified considering the very frequent instances we are seeing of speeding vehicles going out of control and jumping across to the other  side of the road with disastrous consequences. But there is a flip side to this move. Our existing median although very low, has an additional screen of different kinds of hedge plants with sufficient height to block the glare of the headlights of oncoming vehicles at night. The presence of such a screen contributes in a very large measure both to the comfort and safety of driving on such a Highway.

Now, if we have a median made up of Jersey Barriers of the standard height we are likely to lose this safety measure. So my suggestion is that while having sufficiently strong concrete medians we should ensure that we have them of a height that effectively blocks the glare of headlights from oncoming vehicles. But whom am I addressing here, with no full-fledged Government that can take forward our ongoing projects or even listen to us? Nevertheless, Government or no Government, we citizens would do well to prevail upon whoever is executing our road widening work to give our needs and suggestions a heed.

With the crises that we are seeing in our Vidhana Soudha which has now sadly become a ‘Nidhana Soudha,’ it is very likely that the Mysuru-Bengaluru road widening work too will get considerably slowed down. Yes, we are even likely to see tenders sanctioned by the previous Government being cancelled with allegations of many malpractices and misdeeds if a new Government comes to power. In the event of such a scenario we should insist on at least the quick completion of bypass roads to skirt the five major towns lying on this route which is where we find the worst traffic snarls well before Dasara arrives which is going to be very soon. This will prevent much frustration and inconvenience both to us and our guests. While keeping our fingers crossed let us hope that we and also all those who are destined to govern us too find a road to some peace, comfort, safety and sanity wherever we are headed!

Of Nitrogen and Good Old Air!

In a knee jerk reaction to the ghastly bus accident that claimed nearly thirty lives on the Yamuna Expressway recently, our Transport Ministry at the Centre has announced that it may make use of nitrogen gas mandatory as the inflating medium for tyres of all vehicles. In thinking along these lines the Government too seems to have fallen prey to the very commonly floated misconception that nitrogen will make a great deal of difference to our road safety. It is unlikely to do so because there’s no evidence that the use of nitrogen makes our vehicles safer. The promoters of nitrogen, who failed to make any impact across the world, flouted the fanciful idea perhaps as a money-making gimmick. It was based on the propagandas that with nitrogen molecules being larger than oxygen molecules they would leak out more slowly through the rubber of vehicle tyres thus saving us the bother of refilling them as often as we now do.

But what they perhaps do not understand is that nitrogen already constitutes eighty percent of the composition of atmospheric air with oxygen and all other gases constituting the remaining twenty percent, a fact that is well-known to any school child. So by opting for pure nitrogen we would not be doing anything great to what we have been having in our tyres all these years. We would on the other hand only be handing out our hard earned money to buy the purified nitrogen that we do not need, as pure nitrogen will not come free like our good old plain air, however polluted it may be!

The second promotional banter that nitrogen will help tyres to remain much cooler thus preventing blow-outs is plain hogwash without any scientific backing. The temperature difference between nitrogen and plain air under the influence of friction in tyres has been found to be so negligible that it makes no impact on road safety. Let us all remember that staying within permissible speed limits and using vehicles and tyres too in good condition is the only way to stay safe. So let us not allow either our Government or the many shadow forces behind it to take us for an expensive ride!