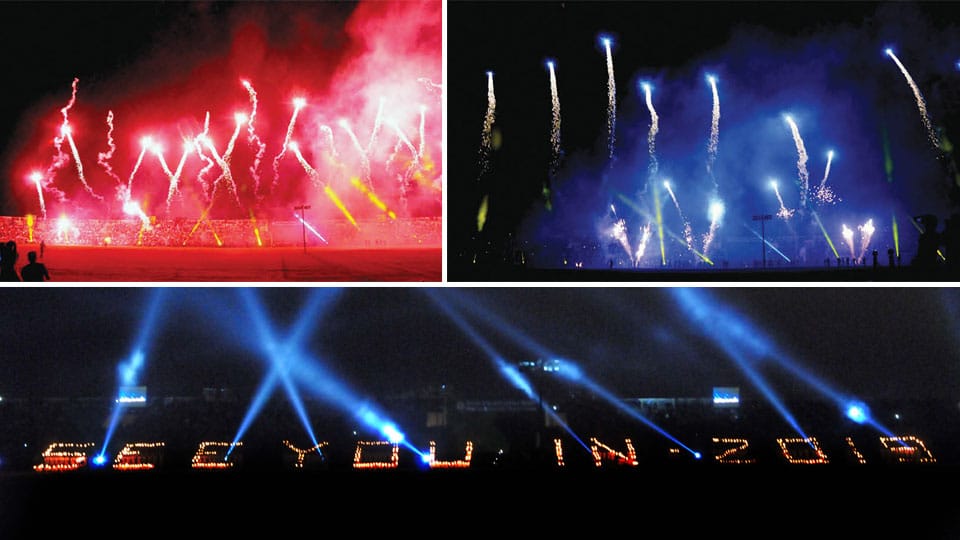 The Torch Light Parade, organised as part of the final day of cultural event, began after the conclusion of the Jumboo Savari procession. The hour-long event followed by cultural fiesta was the culmination of the grand victory procession, led by caparisoned elephants from the Mysore  Palace to Bannimantap Grounds, five km away, marking the triumph of good over evil on the auspicious Vijayadashmi day.

Cheered by a large number of spectators, the show began after the National Anthem by Police Band. Governor Vajubhai Rudabhai Vala inaugurated the Parade by receiving the 21 gun salute and inspecting the parade presented by the Police personnel.

The Governor received the guard of honour from 18 troupes of Police including Mounted Police, KSRP, CAR, DAR, NCC and others. The performance of ‘tent-pegging,’ an excellent show of Mysore Mounted Police unit, stole the show at the event. Mounted Police Anandsingh, Rudrappa, Chandra, Mahesh and Sandesh received huge applause from the audience for their performance. 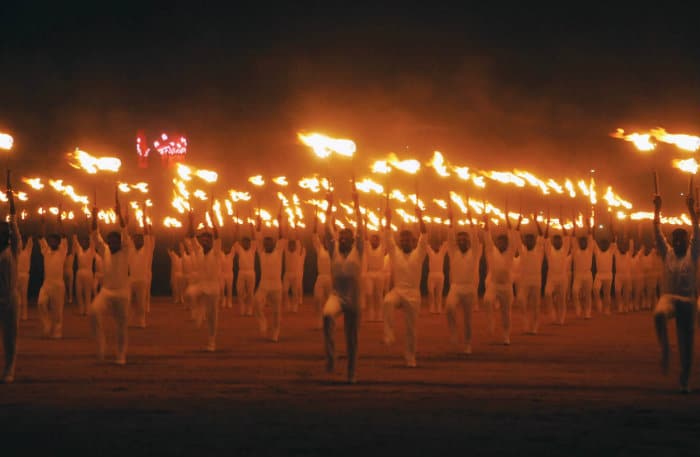 Over 300 Police trainees from Dadenahalli Police Training School of Hassan district entered the venue holding 600 torches and enthralled the audience with synchronised formation of various phrases by swift movement and repositioning themselves to create the imageries.

During an exercise with flames, the Police team lined up in various formations to create words such as Welcome, Jai Chamundi, Happy Dasara, Karnataka Police At Your Service, Jai Karnataka, Jai Hind and See You in 2019 which was applauded by the crowd. 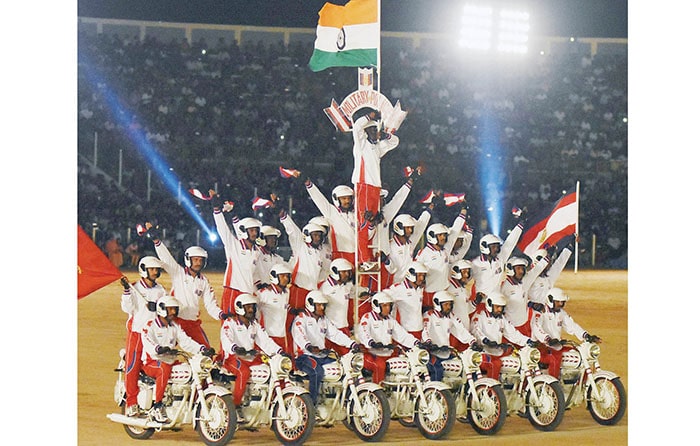 Earlier, the dance-drama by hundreds of film artistes and students, directed by Ganesh Eshwara Bhat, also entertained the gathering. As many as 32,000 spectators enjoyed the show at the grand finale. Authorities had made the telecast arrangements to watch this show in more than 58 countries of the world.