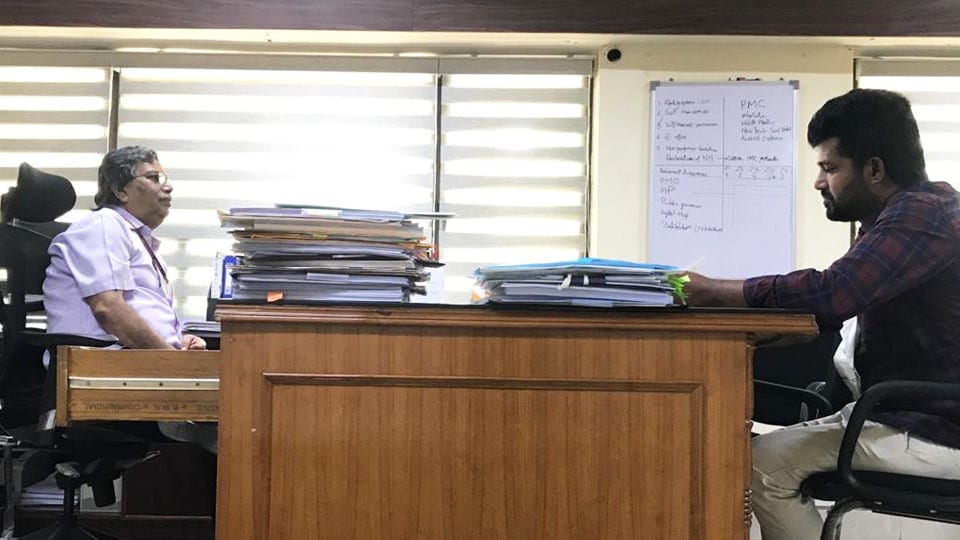 Mysore/Mysuru: Mysuru-Kodagu MP Pratap Simha has urged the National Highways Authority of India (NHAI) to expedite the two road works on Bantwal-Bengaluru National Highway 275 that passes through Mysuru and Kodagu.

The MP has apprised I.K. Pandey, Director General (Road Development) and Special Secretary to Government of India (Ministry of Road Transport and Highways) that the two works have been initiated on the stretch without calling tenders as the works have to be completed before the arrival of monsoon, particularly in Kodagu.

In the beginning of this year, tenders were invited for 2 works excluding GST as per the direction from the Ministry. The works have been already processed and are at stage of work allocation. These works are of very urgent nature and to be taken up immediately, especially the works on Sampaje Ghat Section. “This section receives heavy rain every year and in the last two years this section received heavy rain resulting in heavy damages. As a result, the road was closed during monsoon,” Simha has told Pandey.

READ ALSO  JSS Hospital to give 300 more beds to Govt.

As there are every possibilities of receiving heavy rain and landslips this year too, road improvements on this section has to be taken-up immediately before monsoon, failing which the NHAI would face severe problem for maintenance of these roads and also cause difficulties to the commuters, Simha has stated.

Re-inviting tenders for the works will consume minimum of 120 days and by the time of awarding the work, monsoon will be vigorous. Hence it may not be possible to achieve progress till the end of this year. Also, the delay in implementing these projects may result in further damages to the existing Highways due to monsoon and the Department may be forced to close the Sampaje Ghat section for traffic, inconveniencing the commuters, Simha told Pandey.

Also, for the two works, the bids received are below the sanctioned estimated rate, which is advantageous to the Government. In case of re-tendering, if tenders are received with a premium, there are possibilities of audit objection due to extra financial implication. And there are chances of the lowest bidders approaching the Court. This may hamper further processing of these works, the MP stated and has urged Pandey to expedite the road works to save costs and also benefit the commuters.