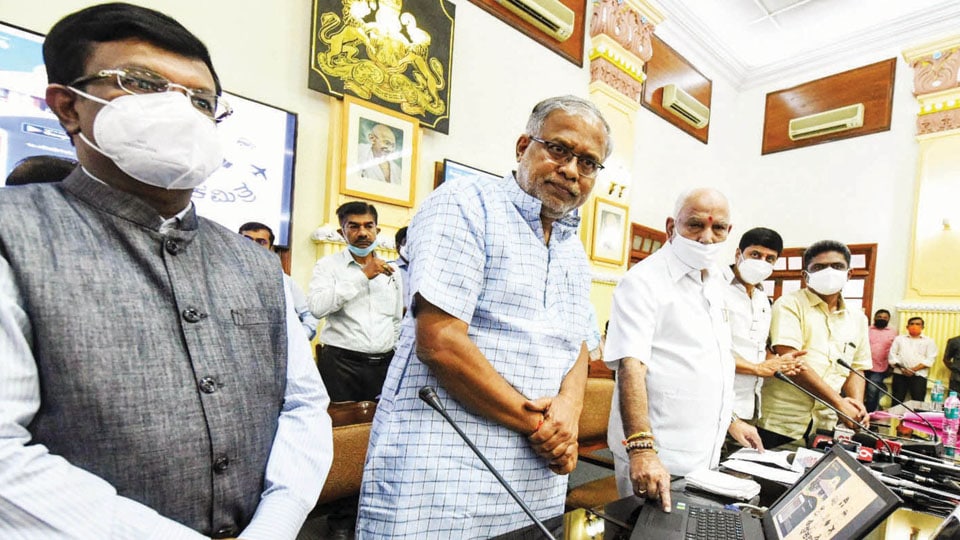 SSLC-PUC Examination Boards to be merged

New Board to be known as ‘Prarthamika Shikshana Parishat’, says Minister Suresh Kumar

Bengaluru: After a wait of over three years, a major rejig in the Examination Board of Secondary Education is in the offing. The proposed single examination board for Secondary School Leaving Certificate (SSLC) and Pre-University examinations (II PU) will finally be formed.  The new Board will be christened as ‘Prarthamika Shikshana Parishat’, Primary and Secondary Education Minister S. Suresh kumar said.

Speaking to reporters in Bengaluru yesterday, he said two separate Boards — one for SSLC and another for PU — were functioning in the State for the last so many years. “Now, the two Boards would be merged. The process has begun now and it will be completed in the next few days,” he added.

Currently, the SSLC exam is conducted by Karnataka Secondary Education Examination Board (KSEEB) and PU exam by the Department of Pre-University Education (DPUE). The cost of conducting these exams by both the Boards separately would go up to few crores, despite both the boards following more or less the same protocol.

According to officials, merging SSLC and PUC Board and conducting board exams under common entity will be a cost effective move. Every year over 8.50 lakh candidates take up SSLC exams and over 6 lakh appear for II PUC exams.

Suresh Kumar said he was also studying the system in other States where both exams are conducted under a single Board.

It may be mentioned here that in 2017, the then Primary and Secondary Education Minister Tanveer Sait mooted the proposal to create a common Board for SSLC and PU exams. This idea was taken by the State Government after the Ministry of Human Resource Development created National Testing Agency (NTA) to conduct all competitive exams like JEE and NEET.