Mysuru: Cocking a snook at the environmentalists and NGOs who had stalled the development works for almost a year atop the Chamundi Hill, the District Administration after getting a green signal from the Green Tribunal has taken up the works with full vigour.

The works, which is likely to change the contours of the Hill, will turn it into a better tourist and pilgrims attraction. The State Government had come forward to construct a multi-level parking lot, public toilets, commercial complex, guest house, underground drainage (UGD), drinking water facility and the railing work to streamline the queue leading to the temple at a cost of Rs. 2.32 crore.

However, a few environmentalists and NGOs like Mysore Grahakara Parishat and Let’s Do It! Mysore terming the development as ‘environment vandalism,’ had approached the Green Tribunal to stop the works. Now that the Tribunal has given permission to continue the work, the pace of it is hotting up.

The works on the multi-level parking that is coming up near the bus stand atop the hill at a cost of Rs. 79.4 lakh and the commercial complex has commenced once again. Already the ground and first floor has been completed and the work on the second floor is going on and once completed nearly 600 cars and 50 buses can be parked, said the officials. This building will also house guest house for pilgrims, toilets and other facilities. 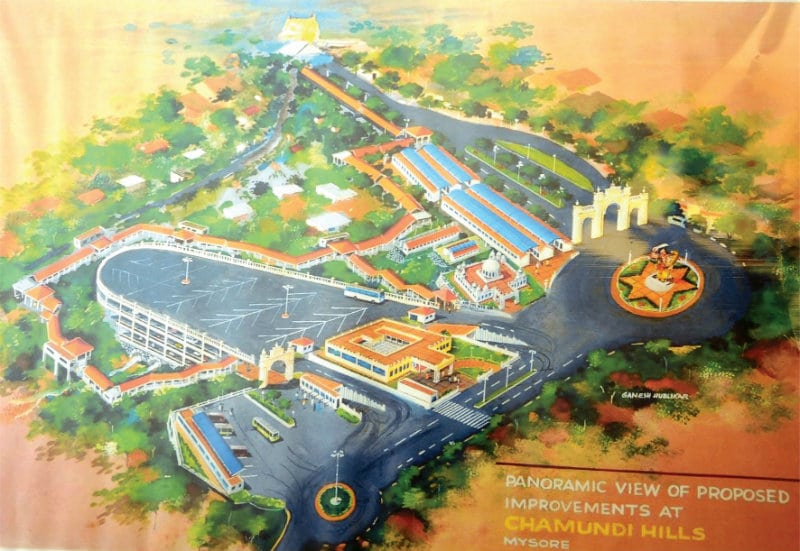 An artist’s impression of the proposed developmental works at Chamundi Hill.

In order to maintain the cleanliness in the Hill, a Rs. 91 lakh underground drainage has been planned and it will be connected to every house atop the hill. The work has also begun on this project.

There is lot of water problem on the Hill and to solve this issue, the work on water storage facility, a new water tank and pipeline work will begin soon, as permission is granted.

To facilitate the devotees to have the darshan of the reigning deity  Chamundeshwari, stainless steel railings at a cost of Rs. 42 lakh is being installed to regulate the queue and this will be completed by June 15, said the sources. The garden from the Mahishasura statue to the Temple will be spruced up at a cost of Rs. 19 lakh by laying lawns, installing benches and laying track for pedestrians to walk around the garden.

Deputy Commissioner D. Randeep has warned the shopkeepers who sell the puja and other items on the road near the Dasoha Bhavan not to cross the white line drawn in front of their shops and if they violate, their shops would be vacated. The shopkeepers have also consented to this ruling. 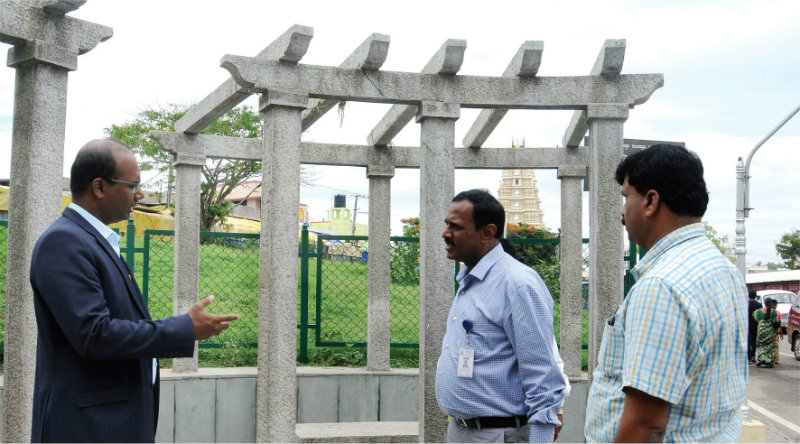