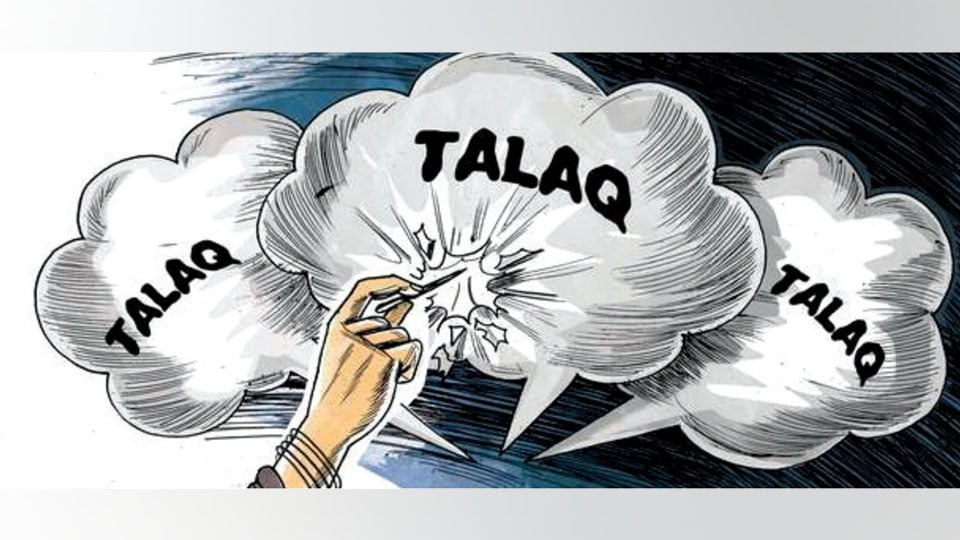 New Delhi: The Triple Talaq Bill failed to make any headway in the Rajya Sabha (RS) in the Winter Session of Parliament that drew to a close yesterday. The Bill has now been pushed to the Budget Session that begins on Jan.29. The Triple Talaq Bill or The Muslim Women (Protection of Rights on Marriage) Bill seeks to outlaw Talaq-e-Biddat or instant triple talaq and punish offenders with a jail term.

The Bill was cleared by the Lok Sabha through a voice vote but could not be passed in the Upper House due to a deadlock over the Opposition’s demand seeking its reference to a Select Committee for close scrutiny.

Parliamentary Affairs Minister H.N. Ananthkumar blamed the Congress for stalling the crucial Legislation and alleged that the Opposition came up with a new excuse everyday to defer its passage.

On the possibility of bringing in an ordinance till the Bill gets cleared, Kumar said, “The dates for the Budget Session have already been announced. We hope the Congress will understand the public opinion on the issue, reconsider their stand and pass it in the Budget Session. There is anger among people on this issue.”

The Government rejected the Opposition’s demand that before any other Legislative business, the House first take up an amendment for referring the Bill to a Select Committee. The Bill, which was cleared by a voice vote in Lok Sabha on Dec.28 and was stuck in the Rajya Sabha.

The Congress and other parties, including BJP ally Telugu Desam Party and the AIADMK and Biju Janata Dal, called Government-friendly parties because they regularly help it pass Legislation in the Rajya Sabha – want further scrutiny of the Bill by a Select Committee of the House, primarily voicing concern over the provision for a jail term.

They have argued that if a man who abandons his family goes to jail, he will not be able to provide for them. They want the Bill to include provisions for giving financial aid to Muslim women. There are also concerns that if the law is passed, it could be misused as it gives anyone the right to complain to the Police about the “triple talaq” to register a case and arrest a man.

The Government is adamant it will not cede to the opposition and send the Bill to a panel. It accused the Congress of double standards and insisted that the Bill be debated in the Rajya Sabha so that it can “expose the Congress’ hypocrisy” for opposing it in the Upper House after supporting it in the Lok Sabha, where it sailed through last week since the Government has a big majority.