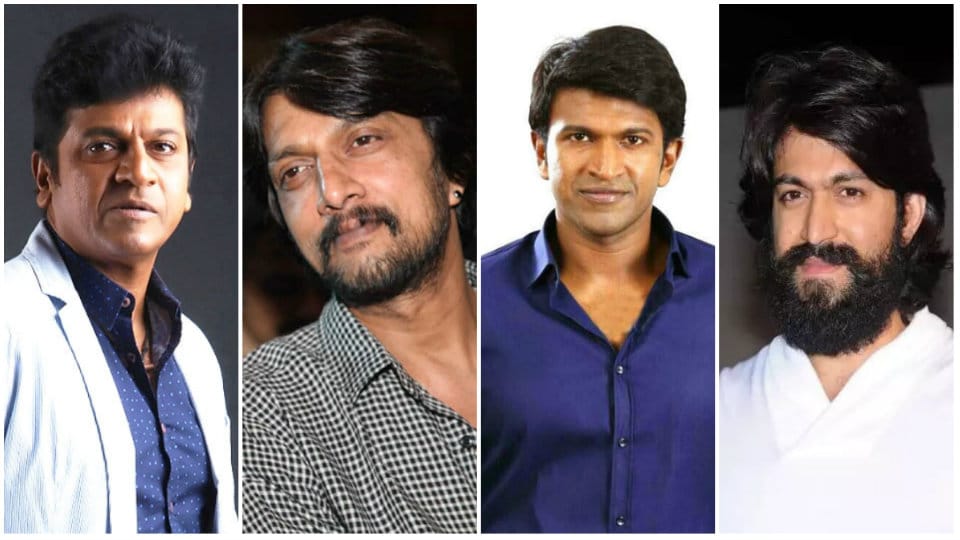 Bengaluru:  Kannada film industry woke up to raids by Income Tax (I-T) sleuths at the residences of film actors and producers this morning in Bengaluru. According to reports, raids are underway at 25 places including residences and offices. I-T sleuths first knocked on the doors of producer ‘Rockline’ Venkatesh and ‘Power Star’ Puneeth Rajkumar’s houses.

Later, the residences of ‘Rocking Star’ Yash, ‘Kiccha’ Sudeep, ‘Hat-trick Hero’ Shiva Rajkumar and many other big names including producer Jayanna, producer of blockbuster hit ‘KGF’ Vijay Kiragandur and the producer of ‘The Villain’ C.R. Manohar were raided. As per reports, the I-T officials are looking into the documents regarding the actor-producer’s assets and properties. This is considered to be the biggest I-T attack on the Kannada Film Industry till date.

At around 8 am, 8 officers, who came in two vehicles, raided the house of ‘Rockline’ Venkatesh in Mahalakshmi Layout and Puneeth Rajkumar’s residence in Sadashivanagar. According to sources, the officers conducted raids in 25 places in total. All the mobile phones of the people being raided were switched off and the family members were not available for comment.

Yash and Vijay Kiragandur are basking in the success of their blockbuster movie ‘KGF’, which has reportedly minted over Rs.154 crore at worldwide Box Office whereas Puneeth and Rockline are gearing up for the release of their next biggie, ‘Nata Sarvabhouma.’

What comes across more shocking is the fact that the raid took place after the grand success of ‘KGF.’ The huge sum of money involved alone seems to have lured the I-T Department. C.R. Manohar had funded Sudeep and Shiva Rajkumar’s ‘The Villain,’ one of the mega-budget movies released last year while Jayanna is funding Shivanna’s next movie ‘Rustum.’

‘Rockline’ Venkatesh is a film actor, producer and distributor known for his works in Kannada, Tamil and Hindi cinemas. He is the founder and owner of the production and distribution company, Rockline Entertainments which has produced over twenty-five films as of 2012.