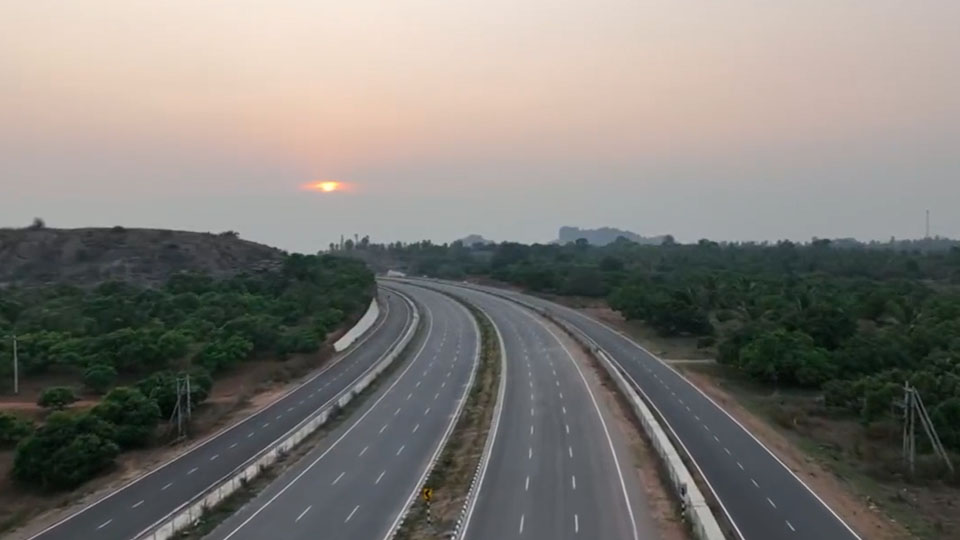 Status of Mysuru-Bengaluru Highway: Survey on to initiate design changes to prevent flooding

Mysore/Mysuru: Amidst intense criticism and scrutiny by the public and political party leaders, the contractors of the 10-lane Mysuru-Bengaluru Expressway have assured the State Government that they will look into aspects including redesigning parts of the Highway that were submerged due to the recent incessant downpour in Ramanagara.

The much vaunted access-controlled economic corridor was in the news of late after many stretches including underpasses were flooded, marooning vehicles where more than 5-ft water was on the road. The second carriageway of 23-km Ramanagara-Channapatna bypass was thrown open to traffic today. By Sept. 25, the stretch up to Nidaghatta will be opened, including flyovers.

As per the feedback to the Government given by the contractors and project engineers of the National Highways Authority of India (NHAI) that is executing the project, they had not factored in the rainfall and flooding areas as it had not rained this heavy in the last 30 years. In addition, many lakes were filled up through lift irrigation — a Government project — even before the monsoon began. As it rained heavily, water overflowed at places, especially Basavanapura.

“Ramanagara received heavy rains on Aug. 27 to Aug. 29 and this was unprecedented and previously unheard of. All the senior officers of NHAI are camping at Ramanagara now and are conducting a survey of the areas, and the surrounding lakes including those which have been levelled off to make layouts. The detailed survey will be completed in a week or so and after that, we will look into redesigning the road to allow smooth flow of water,” an officer in the know of things told Star of Mysore this morning.

According to the local residents, there are more than 35 lakes along the Highway and many parts of the road have been built upon a waste weir (a channel that carries excess water) without taking into account how the excess rainwater will pass from one side of the road to the other. The NHAI faced the wrath of motorists, who alleged design flaws and blocking of natural streams that resulted in flooding.

“Aspects of the redesign will take into account the future water flows and arrangements will be made for the smooth flow of water even if it rains excessively in the future. For us to take corrective measures, we are studying the flow of the stream and whether there are any blockages. All measures will be taken for the free flow of the water,” the officer added.

All the corrective measures will be taken in the next four months and Union Minister for Road Transport and Highways Nitin Gadkari will soon inspect the Highway, the sources added.

4 COMMENTS ON THIS POST To “Status of Mysuru-Bengaluru Highway: Survey on to initiate design changes to prevent flooding”