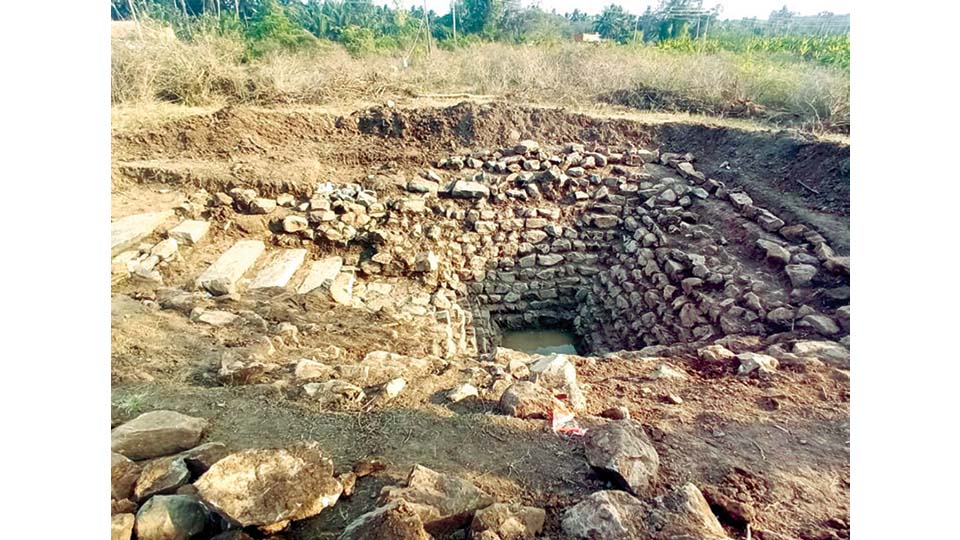 Mysuru: An ancient Temple pond — Kalyani — which had dried up in recent years, has been rejuvenated, following the removal of silt and clearing of weeds that had covered the pond. The rejuvenation has been completed by over 80 NSS volunteers from Government First Grade College, Kuvempunagar. The Kalyani is located in Jayapura village in the premises of Jedikatte Mahadeshwaraswamy Temple on the outskirts of Mysuru.

According to the villagers, the Kalyani supplied pure drinking water to the Temple and the same water was being used to perform abhisheka to the presiding deity. Due to neglect, weeds dominated the Kalyani premises and gradually, silt got deposited. Due to the weed growth, the Kalyani was not visible.

The result of their labour has motivated them to take up similar work in other temple ponds. “There are many such ponds in the taluk and over the years they have become dry. If we work towards rejuvenating all water bodies, then the groundwater table could be recharged,” students said.

After the Kalyani was cleaned, the volunteers planted over 75 coconut saplings by digging up huge pits at Baradanapura village near Jayapura. The event was inaugurated by Mahanteshwara Mutt Seer Sri Parashivamurthy Swamiji. The saplings were arranged in a neat manner with a uniform distance between each of them so that they form a grove when the trees fully grow.