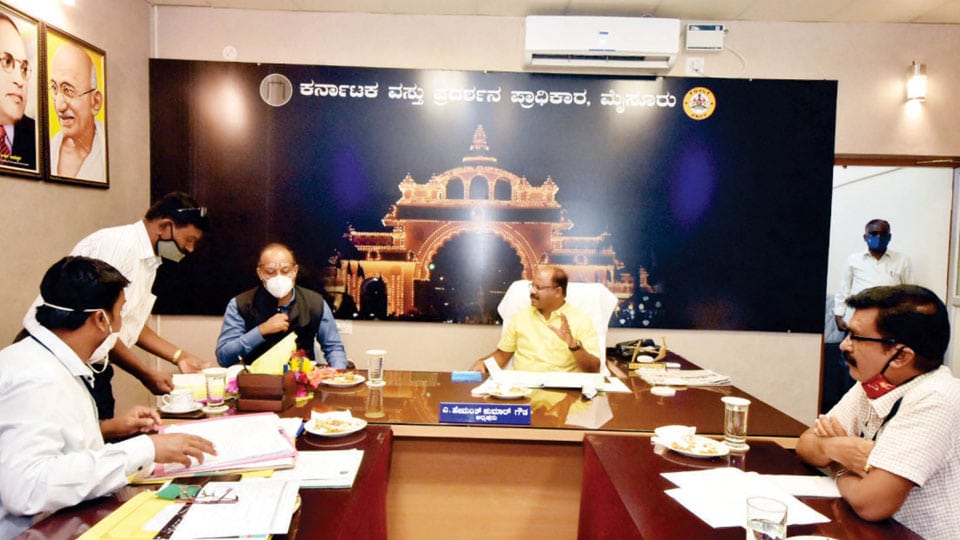 Mysore/Mysuru: This summer, get ready to take part in the Summer Festival likely to be held at Dasara Exhibition Grounds in city. It will be a mix of exhibition, summer games, entertainment zones and cultural programmes.

This was decided at the Governing Council meeting of Karnataka Exhibition Authority (KEA) that was held at KEA premises this morning. KEA Chairman Hemanth Kumar Gowda, Tourism Department Secretary T.K. Anil Kumar, KEA CEO B.R. Girish and others were present.

Addressing the meeting, Hemanth Kumar Gowda said that apart from the 45-day summer exhibition that was held in 2012, the KEA has not had major summer festivals. “This year we will organise a mega Summer Festival targeting tourists who visit places during summer. “It will be a combination of cultural festival, entertainment festival and the regular art and craft exhibition. Exhibitors from other States will be invited,” he said.

Not willing to provide more details, he said that couple of meetings have already been held and plans are being chalked out to give the Summer Festival a final shape. “We are in the process of chalking out every detail and the dates will be finalised and announced soon. People have not had entertainment last year due to COVID-19 and even there was no Dasara. Our Summer Festival will prove to be a wholesome entertainment,” Hemanth Kumar added.

Further, he said that the master plan for converting the 80-acre campus of Dasara Exhibition Grounds into a round-the-clock exhibition and events hub — ‘Mysuru Haat’ on the lines of ‘Delhi Haat’ — will be set in motion again. “As of now, the exhibition grounds are limited to hold Dasara events, leaving it unused for a good part of the rest of the year. Several attempts were made in the past to hold exhibitions, conventions and amusement activities there on all 365 days of the year. Unfortunately, the plans did not materialise though a budget of Rs. 145 crore was finalised,” he said.

A private agency had prepared the master plan incorporating all the infrastructure and attractions for turning the ground into a hub for tourists throughout the year.