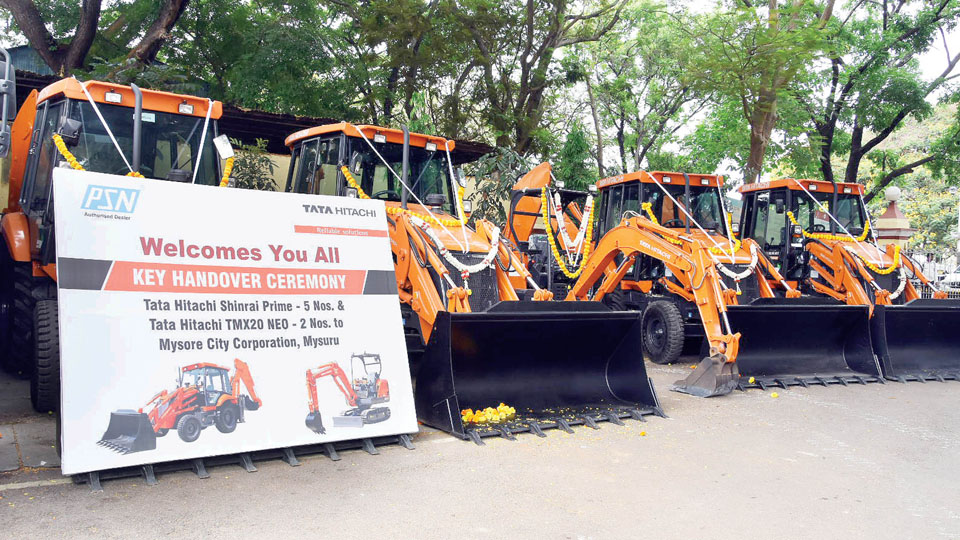 Under the Centre’s Swachh Bharat Abhiyan grant of Rs. 4.27 crore, MCC has purchased 12 Compactor Trucks, which will go to every doorstep and collect garbage and transport the same to the waste segregation units.

Speaking to media persons, Pratap Simha said that in a bid to give prominence to cleanliness, new vehicles which were purchased under Swachh Bharat and 15th Finance Commission have been launched and expressed happiness that the MCC, which was hiring vehicles earlier, has now got its own vehicles.

Speaking to SOM, MCC Health Officer Dr. Nagaraj said that journalists suffering from dreaded diseases and family members of journalists who had died of COVID-19 can obtain this benefit. “Hospital bills and discharge documents should be submitted through MDJA. Till now, 24 applications were received out of which five beneficiaries were provided with financial aid in the form of cheques. The rest of the applications will be looked into. The grant of Rs. 25 lakh, which was reserved in the previous Budget, would be provided to selected beneficiaries. It has been decided to continue the same next year too,” Dr. Nagaraj added.