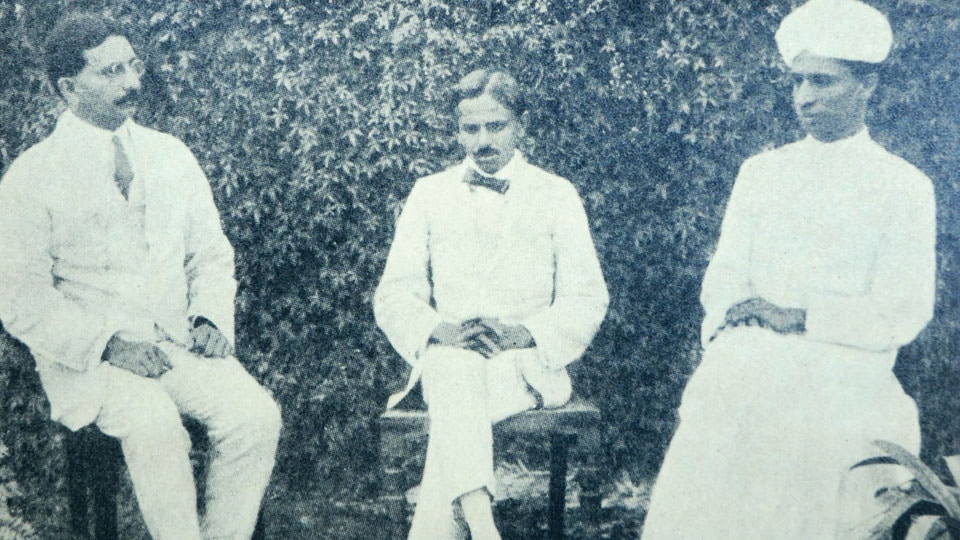 Today, September 5, is National Teachers’ Day, celebrated in the memory of the first Vice-President and second President of India Dr. Sarvepalli Radhakrishnan, one of the greatest teachers the world has produced.

When Dr. Radhakrishnan became the second President of India, some of his fans and students met him to request his permission to commemorate his birthday with a celebration. He replied saying, “Instead of celebrating my birthday separately, it would be my proud privilege if September 5 is celebrated as Teachers’ Day” and from 1962 this celebration began.

What is the connection of Dr. Radhakrishnan to Mysuru? He came to Mysuru exactly one hundred years ago in 1918 to join the University of Mysore at the young age of 29 as Professor in the Philosophy Department. The first Vice-Chancellor of University of Mysore H.V. Nanjundayya had selected him and he came after having taught in the Department of Philosophy at the Madras Presidency College, since 1909. He taught in Maharaja’s College from July 1918 to February 1921.

It is said that when he came to Mysuru, he first took up a house in Lakshmipuram and later moved to the huge Professors’ Quarters near the Fire Brigade in Saraswathipuram. The University of Mysore, in a fitting tribute to the memory of the best teacher, has restored the bungalow to its old glory and converted it as ‘Dr. S. Radhakrishnan Centre for Philosophy and Indian Culture.’ 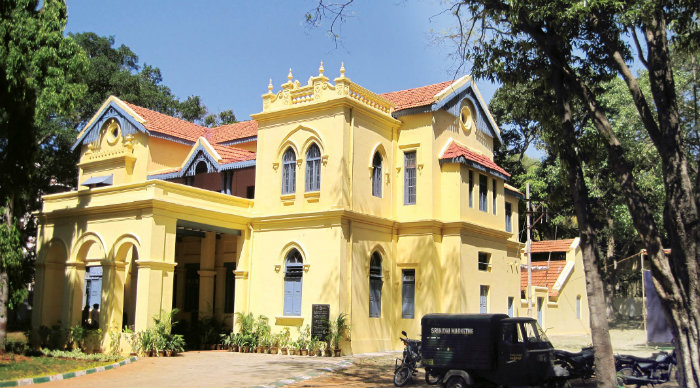 Memories of those halcyon days flood one’s mind when one enters the graceful, old colonial bungalow, driving through the well-maintained driveway. There is a portico and then the verandah with two rooms on either side. Then one walks into a big drawing room which leads into two more bedrooms and then there is back verandah which leads to the staircase to the first floor and opens into a huge courtyard.

There are also two huge rooms on the first floor with a big drawing room opening into the balcony. Surprisingly, those days there were hardly any toilets inside the house and this bungalow was no exception with toilets placed outside near the courtyard. 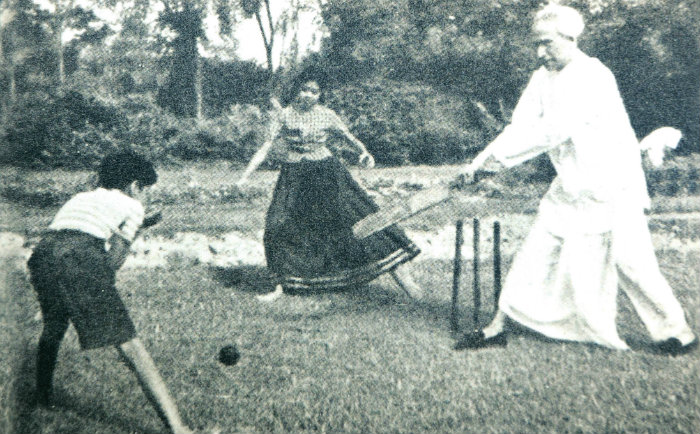 A rare picture of Dr. S. Radhakrishnan playing cricket with his grand children.

The renovated building with munificent contributions from the then MLC and Chancellor of PES University Dr. M.R. Doreswamy paved the way for the University to keep the memory of the great teacher Dr. S. Radhakrishnan alive.

Former University of Mysore Librarian Dr. C.P. Ramasesh told Star of Mysore that the place is now being used by students, faculty members and research scholars, besides students from affiliated colleges. It is also open to the public. There are nearly 2,000 collections of books and magazines. The beautifully sculpted bust of Radhakrishnan is another major attraction.

The library houses books written by Dr. Radhakrishnan and also books on him by various authors. A special lecture series is held and the Teachers’ Day today is going to mark the 25th one, he said. 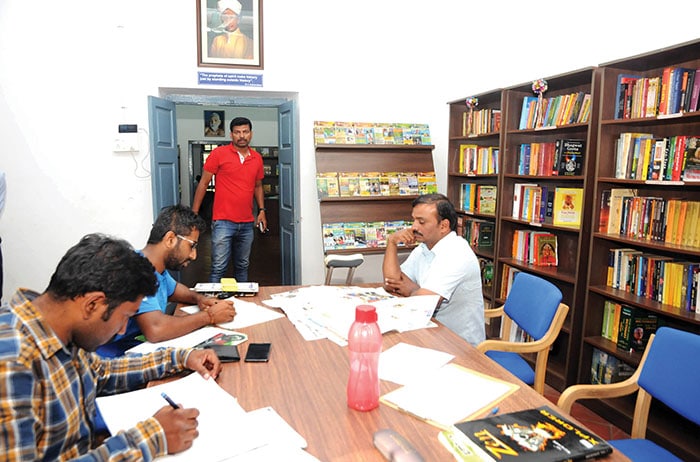 The library inside the bungalow.

“The line of nearly six Professors’ Quarters were built between 1870 – 1880 and Radhakrishnan stayed in this bungalow between 1918 – 1921 before he moved to University of Calcutta after he was appointed as a Professor in Philosophy to occupy the King George V Chair of Mental and Moral Science in 1921,” Ramasesh said.

“The end product of education should be a free creative man, who can battle against historical circumstances and adversities of nature.” – Dr. S. Radhakrishnan

Eulogising his Philosophy teacher, Prof. Yamunacharya records his impression in the Maharaja’s College Centenary Volume brought out in 1951 thus:

“Dr. S. Radhakrishnan was one of our most beloved Professors of Philosophy. We loved him and adored him. His delightful informality and bonhomie would put us instantly at ease. His lectures on Ethics and Modern Philosophy were daily feasts to us. Who could forget his gentle tilting at Kant for his ‘drill-sergeant morality?’ Who again could erase from memory his exposition of British Empiricism which ‘lost itself in the desert sands of skepticism?’ Who could not be convinced of his standpoint by his clear analysis and trenchant criticism of contemporary philosophers like Bradley and Bergson, Russell and Alexander? The intellectual stimulation that followed in the wake of his teaching left in us a perennial interest in Philosophy. This was a great teacher that left us better than he found us.  With this Professor of Philosophy who wielded extraordinary influence over his students, it was a case of ‘I came, I saw, I conquered’.”

Rightfully, wherever he went, Dr. Radhakrishnan left his indelible impression on his students and again going back to Prof. Yamunacharya, who describes the great teacher’s poignant journey when he left Mysore to Calcutta (now Kolkata) in this moving tribute.

“I remember the poignancy with which we bade farewell to him going away from us to occupy his position as George V Professor of Philosophy in the Calcutta University. On his way to the Railway Station he was seated in an open carriage and it was pulled by students, chariot-like, till it reached the Station. The platform of the Mysore Railway Station was filled with students who shouted ‘Jai to Radhakrishnan’ full-throated. When the train was about to move, Radhakrishnan stood at the door of the compartment with folded palms and bade us farewell with moistened eyes. Students broke into tears like children when he parted from them.”

In a befitting recognition to the renowned teacher, the University of Mysore, during its centenary celebrations in 2016, instituted an award ‘Bharat Ratna Dr. S. Radhakrishnan Centenary Award for Excellence in the field of Social Sciences’ and the first recipient was Gopalkrishna Gandhi, the grandson of Mahatma Gandhi.