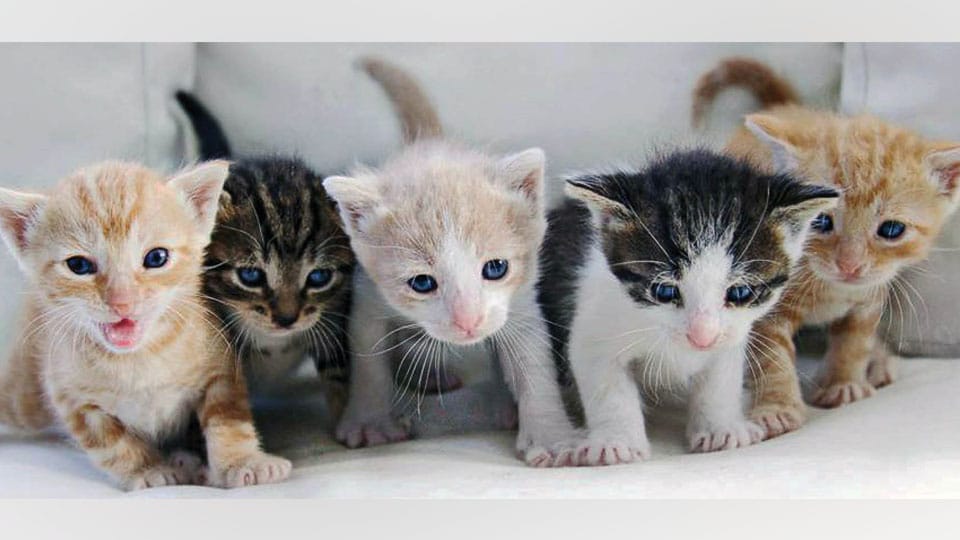 In this week’s Pet Talk, Maneka speaks about the sexual choices in animals, how to dentify the gender of a cat and about farting in animals.

Why are frogs so sensitive to pollution?

Their skins are relatively thin and permeable to water, so frogs are exposed more directly to pollutants and environmental radiation. In addition, their eggs are laid in ponds and other water bodies, so they will absorb whatever chemical pollution may be present throughout their early developmental period.

No. Terrible pets. They stink. They eat faeces. They don’t react to anything. They don’t recognise you at all. They are prone to malnourishment and diseases in captivity. Though they are illegal to keep, there is a huge mafia racket in smuggling out 50,000 or more star tortoises from India, all of whom die within a year even though they can live for 80 years. In any case, is there any point in keeping an animal that lives 80 years. Are you planning to leave him to your grandchildren? Or do you want to kill him early with bad keeping? Either way, it is ridiculous to keep tortoises as pets.

Are people born with a special mating preference or do they develop it by watching other people, is the age old question. What about animals — How do they reach a conclusion on whom to mate with, since their choices are never random?

Dr. Eileen Hebets of Cornell University chose to demonstrate with female wolf spiders. She proved that being exposed to a certain type, when the spiders were very young, predisposed them to preferring only that type when they became adult. The results were published in The Proceedings of the National Academy of Sciences.

Female wolf spider babies were put into boxes which had been given the fake mating smells of adult female spiders. Male wolf spiders have a courtship dance which involves waving their forelegs, which range in colour from light brown to dark black. Dr. Hebets painted the forelegs till they were either brown or black.

Then they were exposed to young females in plastic boxes. Male wolf spiders will not go into courtship displays in front of baby females, but they were tricked by the smell into believing there were adult females in the boxes. The male spiders danced, and the girls, who still had one moult to go watched. 11 to 21 days later when the females became adult they were reintroduced to the males. Females who had been exposed to glossy black forelegs mated with males with the same. They rejected males with brown legs and preferred to eat them.

Females who had not been exposed to a colour had no preferences. The experiment showed that spiders had both brain power and memories as well as sexual preferences.

Are animal sexual choices like humans in any way?

Humans are animals, so their way of making choices would be very similar. Researchers believe that Japanese Quails (which are grown in India to be eaten) are good models to study human behaviour. They are highly interested in sex, virtually all the time and do not have breeding cycles or, apparently, headaches. The only obvious difference is that they’re more active at lunchtime than at dawn.

Female Japanese quail not only prefer males that they have observed mating, they will also go after a male they have previously rejected after observing him mate with another female. Like a group of women who find a man “cute” because other women have said he is cute.

Female quails are so susceptible to getting the thumbs-up from other females that they even prefer males who look like other successful males. The researchers took a male that had already been rejected by females and glued white feathers, taken from an albino, to his dark crest. Then, as females watched, they mated him with a willing female. After that, the impressed females preferred not just him, but all males with white crests.

Male quails, put through the same peep-show experience, acted completely differently. Once they had seen a female copulating with another male, they tended to avoid her.

I have adopted a young cat from the road. What is the easiest way to find out whether it is a male or female?

When your cat uses its front paws to knock something off, does it use its left paw or its right? According to a study by Queen’s University, Belfast, published in the journal Animal Behaviour, female cats are significantly more likely to be right-paw-dominant, while male cats typically favour their left paws.

Researchers studied which paw each cat led with, when walking down stairs and stepping over the raised edges of their litter boxes, or which paw was used to retrieve food from a closed area. 73 percent of cats showed a clear paw preference when reaching for food, 70 percent showed a preference when stepping down stairs, and 66 percent showed a preference when stepping over the lips of their litter boxes. Males strongly favoured their front left paws, and females strongly favoured their front right paws. (Neither male nor female cats appeared to have preferred sleeping sides.)

Do any other animals have this left/ right preference?

When animals favour one side of their body over another, it’s known as laterality. Laterality also exists in dogs, amphibians, rodents, primates, marsupials and whales.

Does it have any deeper meaning?

This gender biased behaviour could be the result of different brain patterns in male and female and the presence of different hormones in male and female cats, but it could also be a strong indication of their personality. “Animals with no preference for one side or the other, or who incline strongly to left limb use, for example, seem more flighty and susceptible to illness than those who lean more heavily towards right-limb use,” Scientists say that. “Left-limbed dogs, for example, are more pessimistic in their outlook than right-limbed dogs. From a pet owner’s perspective, it might be useful to know if an animal is left- or right-limb dominant, as it may help them gauge how vulnerable that individual is to stressful situations.”

Do worms have tongues?

Worms do not have tongues. Certain worms do have something in their mouth that they can poke out, like a tongue. It is called a “stylet” and it looks like a needle. Worms that eat plants, pierce the outside of the plant with their stylet. They then use the stylet like a straw, to suck out food from inside the plant. But the worm’s stylet isn’t actually a tongue.

One job of our tongue is to crush up food when we are eating. Inside our tongue is a set of muscles. These muscles let our tongue move food around in our mouth, pushing it up against the hard palate at the top of our mouth. Worms need to crush up their food. But instead of using a tongue, worms have muscles in their gut that do this. Another important job of our tongue is to taste food. Our tongue is covered in tiny bumps which contain taste buds. Worms have taste buds in special cells inside their mouth and other cells that are in their skin. As well as tasting, these cells also allow earthworms to smell. By sensing smells and tastes in the soil, worms can work out where they need to go to find food.

How many different kinds of worms are there?

The most common, for you, is the earthworm which you have probably seen in the soil in your garden. Then there are many thousands of different creatures that we call worms. Some worms are so tiny that you need a microscope to see them. Other worms are very big. One type of worm, called the bootlace worm, lives in the sea and can grow to be as long as an Olympic swimming pool.

We keep hearing about methane coming out of animal farts — specially cows and vegetarian animals grown for meat. Is this true? Do all animals fart?

A cow releases about 600 litres of methane daily while releasing air from its anus or “farting”. A popular book called “Does it fart? Fascinating facts about animal toots”, written by Rabaiotti, has listed all the ways that 80 different animals fart. For instance, the larvae of one species of beaded lacewing — a winged insect — farts on the heads of termites to incapacitate and kill them for food. Herrings gulp air at the water’s surface and store it in special swim bladders, then release it from their anal ducts as a form of group communication as they swim together in a large group. The noise is too high-pitched for predatory fish to hear. Some animals have toned it down. The frequent sounds of loud farts from rhinos have almost disappeared as they reveal the rhinos hiding places, and populations have been decimated by poachers.