Home » Columns » Abracadabra By K. B. Ganapathy » Terror attack in J&K What option India has? 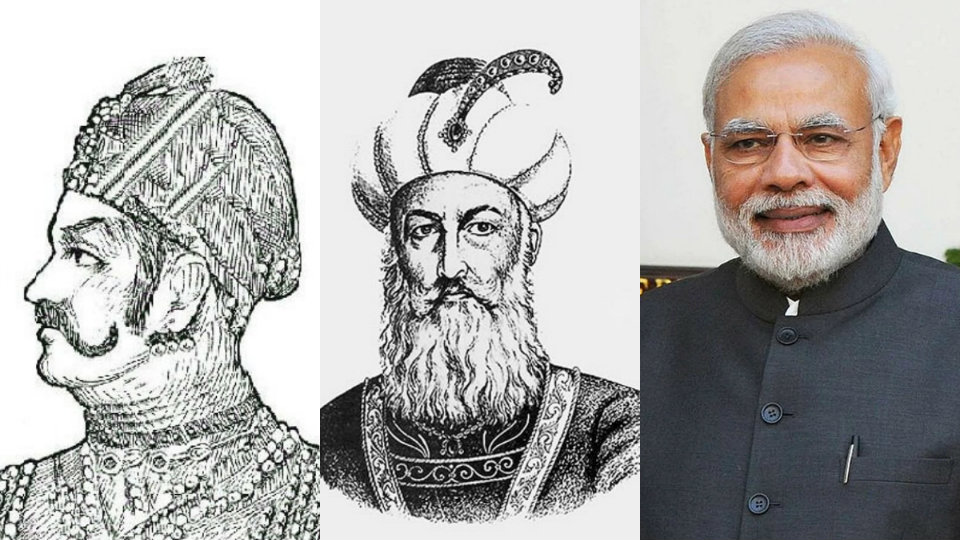 Terror attack in J&K What option India has?

Prithviraj Chauhan was the ruler of Delhi and Ajmer when Muhammad Ghori was marching towards Delhi after conquering several parts of Punjab. Prithviraj was able to unite some Rajput States to present a united front against the common enemy — Muhammad Ghori.

However,  Jai Chand, the ruler of Kanauj, did not join the confederation of some Rajput States headed by Prithviraj, on account of his personal animosity. A fierce battle between Ghori and Prithviraj took place at Tarain in 1191.

Ghori was wounded and defeated. He was carried away from the battle-field by a Khalji soldier. His army fled. True to Indian, nay Hindu tradition, the Rajputs did not follow the fleeing enemy — a blunder which India had to repent for centuries. Sadly, the same  tradition is followed even after independence. Remember 1948 and 1971.

Apparently, Prithviraj forgot that he who flees from the battle field or is forgiven will return one day to give battle. Like it happened with Masood Azhar of Jaish-e-Mohammed, who was released by NDA Government and who now claims to have inflicted the terrorist attack in J&K killing 44 Jawans.

The worst terrorist attack had taken place on Thursday 14th Feb. 2019, on the Srinagar-Jammu National Highway killing 44 CRPF personnel. The number of Jawans martyred in this attack is said to be the highest compared to the number of Jawans martyred in terrorist attacks in the past many years. Naturally,  this has roused instant anger and grief across the country. As in the past, the anger and grief were expressed by thousands of people in thousands of cities  all over the country by holding protest marches and in some cases candlelight-vigils to pay homage to the martyrs and praying for the injured.

With the Parliamentary elections, just about 56 days away, I was wondering what would be the reaction of the Opposition parties of the Mahaghatbandhan. Would they find fault with Modi Government for the deadliest terrorist attack or for once will the Opposition rise above petty politics and stand united in response to the Prime Minister’s call for unity of all political parties in this time of tragedy and grief.

Surprisingly, the main opposition Congress has declared its support to the Government in dealing with the situation. Thank God, Rahul Gandhi was present at the funeral held in Delhi for the Martyrs, addressed the press along with former Prime Minister Dr. Manmohan Singh and assured the nation that “the opposition would stand with the Government. No other discussion.” Doesn’t matter the way he expressed this support was rather staccato. However, as days pass by, we must watch the words of the Opposition which is known to vacillate and indulge in rigmarole.

We have seen this happening ever since the evil of terrorism made its sinister presence not only in J&K in particular but also in other parts of our country. The Hindu majority India should realise that terrorism unleashed for any number of years in the name of a religion may not prevail, but the reality experienced in different countries of the world is that terrorism will persist.

It is only when religion is  removed from the act of terrorism, dialogue is possible so also a settlement of dispute. Therefore from the past experience, India must brace itself to face this evil of religion-based terrorism as part of its existence as a country and constantly work to prevent, pre-empt and inflict draconian punishment on the perpetrators of terrorist acts, the conspirators and the patrons.

I am reminded of a Buddhist parable. A Buddhist monk was resting on a river bank. He observed a scorpion crawling along the river bank, slipping into the water and then struggling to climb back onto the ground. The monk realised the scorpion was in danger of being swept away and quickly lifted it from the water even as it stung his finger and left it gently on the ground. However, the scorpion true to its nature crawled around a while and once again slipped into the water. The Buddhist monk repeated his kindness and brought it back to the ground taking another venomous sting.

When this act was repeated between the monk and the scorpion, a layman, who was observing this asked the monk if he was not stupid to save the scorpion which is so ungrateful. The monk looked at the layman and said, “No, I am not being stupid. I am only being kind which is my natural state of mind.”

The layman asked, “But the scorpion was ungrateful. Each time you saved it from being swept away and killed, you got stung by it.”

To connect this parable to the terrorist attacks, it can be said, the terrorists are following their kind of Dharma, while the Government of India should follow its Dharma of countering the terrorists with vigilance ruthlessly. To wit, Buddha, probably, preached his disciples to be always in a state of mental “wakefulness”, not fearing forest brigands like Angulimala or even our own Veerappan but anticipating the terrorists we have today.

There was much euphoria among Indian authorities when the American National Security Advisor John Bolton, instantly reacting to the terror attack, told the press and also Ajit Doval, the National Secretary Advisor to the Prime Minister of India, that “America supports India’s right to self-defence. Pakistan must crack down on JeM and all terrorists operating from its territory.”

But Pakistan has already said that it is not giving shelter to terrorists on its soil. The spokesperson of Pakistan had said that Pakistan’s involvement was not there in this terror attack. If India has proof that Pakistan is sheltering, backing and helping the terrorists, indeed India could wage a war against Pakistan and not only win like before but also occupy the Pakistan-occupied Kashmir (PoK).

The option of Surgical Strike is always there but its impact in preventing future terror attack is proved nil from what happened now. The talk of India revoking Pakistan’s ‘Most Favoured Nation’ status in trade and commerce is not even a flea-bite for Pakistan. Recalling the High Commissioner; withdrawing the security (strangely and foolishly) given to Hurriat leaders (who are supporting the terrorists and militants for an independent J&K); gloating over the sympathy and support from other countries offering lip sympathy are all rubbish and mean nothing for India as long as it cannot punish the terrorists and their patron — Pakistan.

It is an irony that the supremo of Jaish-e-Mohammed, Masood Azhar, has claimed responsibility for this terrorist attack.

It is to be remembered that this was the terrorist who was languishing in Indian jail and also responsible for the Parliament attack in the year 2001. When the Indian Airlines Plane from Nepal (flight IC 814) was hijacked to Kandahar in December 1999, Indian Government miserably failed to handle the crisis and meekly released this dreaded terrorist leader from jail in exchange for the release of those who were held hostage in the plane. And now the same Masood Azhar claims responsibility for this 14th February attack which claimed 44 lives.

Tailpiece: A WhatsApp received by me reads: “To forgive the terrorists is up to God. But, to send them to Him is up to me.” — Vladimir Putin.

13 COMMENTS ON THIS POST To “Terror attack in J&K What option India has?”