Home » Feature Articles » The big blame game is on 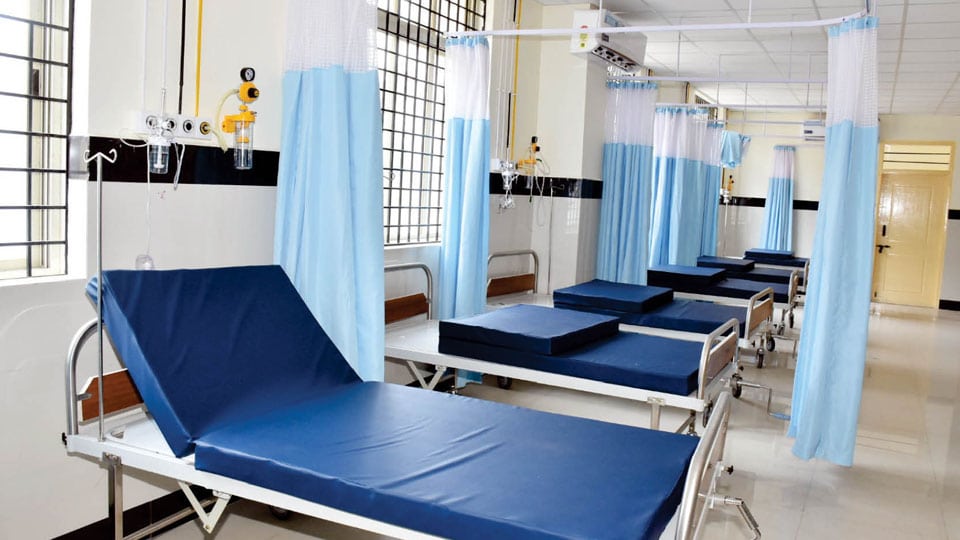 The big blame game is on

Seventy-four years since independence and where are we in healthcare coverage? Not many of us know that in the last 7 decades the nation has built less than 20,000 ICU beds in the whole country. In March 2020, when the COVID-19 pandemic struck, India had less than 12,000 working ICU ventilators.

In the last 74 years, the capacity built covers less than 30 percent of the Indian population with quality healthcare in both private and public sectors put together. In the last 74 years, we could establish only a few thousands of intensivists, cardiologists, oncosurgeons, neuro-surgeons, qualified technicians and critical medical skills. Is it humanly possible to set up 12,00,000 ICU beds in a few months to manage coronavirus?

During the first wave, we had the Niti Aayog, Ministry of Commerce and Ministry of External Affairs leading the medical infrastructure programmes from the front on a war-footing. Having daily meetings with the Public Sector Units, Defence Research Development Organisation (DRDO), the private sector and delivered nothing short of a miracle.

Did anyone compliment Prime Minister Narendra Modi and his team then?

We had news channels, the opposition screaming nonstop about centralisation and to respect the federal structure, health being a State subject. As the first wave showed signs of waning, the Centre wound up the Task Force, empowered the States and kept the States engaged in regular discussions, cleared infrastructure projects with funding and repeatedly cautioned about the second wave.

Yet we were caught unprepared by the second wave.

Now the big blame game is on.  When States took control and failed, it is still the Centre that is at fault. How just is this? There is a limit to what the PM’s chair can do whoever occupies it, Modi or Rahul Gandhi, Mamata Banerjee or the Yadavs, Deve Gowdas or the Thackerays,  Stalins, Lenins or the CPM, Naidus, Reddys or the Kejriwals.

For the 1,000 percent growth to happen in the healthcare sector in a few months we need a sustainable Return of Invest ment (ROI) for private hospitals and we need large funds and staff for the Government to set up hospitals. No Government can train and add lakhs of doctors in months.

Also, private hospitals will not put up large projects just in anticipation of the pandemic.

For a nation that doesn’t like to pay taxes, for people who will buy things without bills to avoid GST, for businessmen who invent all tricks to fool the system, for people who trade outside the banking system to avoid Income Tax and for the nation that runs on a parallel black economy, it’s a tough or a rather daunting task to accomplish.

Politicians in most States and in the Government of Karnataka in particular were busy fighting for Ministries, fighting for positions all through the year and had no time for governance. Now the PM has to take the responsibility for the incompetence and the never-ending greed of this bunch of corrupt people in own party.

Politicians did nothing except visit Government Hospitals, inaugurate the non-existing equipment, pose for photos and randomly abuse and shout at the doctors for cheap publicity without realising that they are primarily responsible to equip the hospitals. The doctor’s job is to practice medicine.

I just don’t understand why the Government is summoning qualified doctors to non-stop meetings every other day while they can do best in taking care of patients.

Let’s stop the blame game. The best we can do now as individuals, local bodies, communities, Mutts, Seers, Churches, Madrasas, religious and caste associations, corporates and businesses is to spread awareness, help prevent the spread within our own communities and neighbourhood,  treat people at early stage and avoid clogging of hospitals with untreated and serious cases. It’s time for introspection and serving our surroundings, not politicking.

[The author is Founder and Managing Director, Skanray Technologies, Mysuru]