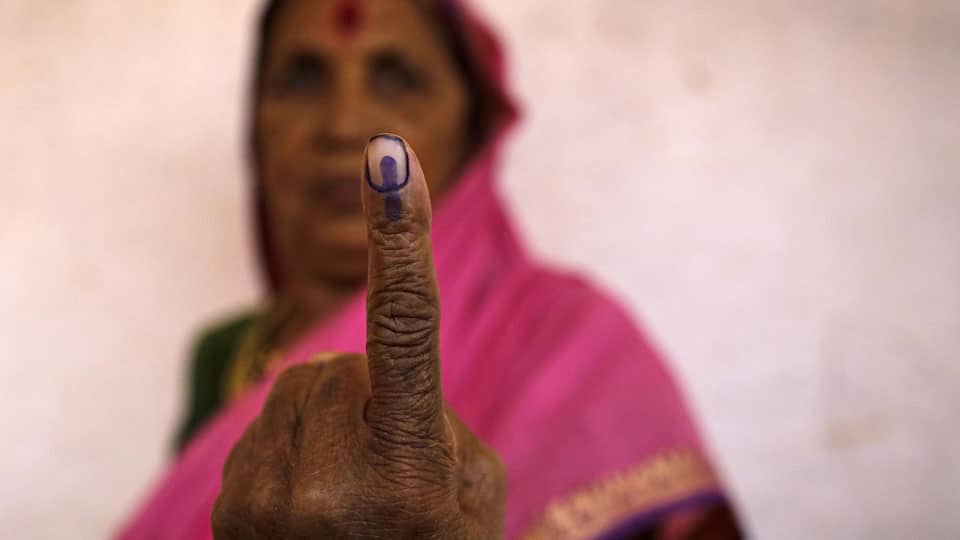 The Might of the High and Mighty in the elections

At the height of the election fever that has gripped our State, we are seeing the most sordid and shameful acts of mud-slinging and slandering that have now very sadly become an integral part of all elections in our country. While this seems like a matter of concern to most right-thinking people who are sadly in a minority, the majority of our citizens seem to have accepted such acts as an integral part of all election battles.

So while the few that are directly involved in the fray shed their garments of decency and dignity, the millions who are slumped in their armchairs drool in perverse delight while watching this shameful cabaret. Our media too, realising that there is a ready market for this kind of sleaze, is doing a 24×7 job of dishing it out with innovative garnishing of its own making. While groping for tasty tit-bits nothing is left untouched — not even the most private things like personal relationships, the tiniest family feuds, past heart breaks or present heart-throbs. Every tiny and tattered piece of dirty and discarded linen is painstakingly retrieved from the dustbin of time not just to be washed but to be shamelessly waved about to be seen by everyone far and near.

But let’s toss aside this scene for a while and focus on the other things that the waves of our elections toss up and leave behind on our shores — the astronomical figures of the net worth of our contestants and their criminal antecedents.

While almost every party-backed candidate for our State election seems to have declared assets of a minimum of five crores the maximum is so high that it takes the average net worth of every party-backed candidate to nearly twenty-three crores! That is how poor our netas are! One contestant has reportedly admitted that he owns 111 house sites which makes me wonder why he needs to hoard so many of them when the laws that govern our land stipulate that a person can own just one site in his or her name. Situations like this indicate very clearly that our elections can now only be the domain of the high and mighty who fight it solely on money and muscle power to make more money while professing all the time that they are seeking power to empower the poor and downtrodden.

Just yesterday two very elderly ladies from a nearby village had come to my clinic who said that candidates and their supporters were busy distributing two thousand rupee notes to every voter to garner votes from them and making them swear in the names of their respective Gods, Goddesses and holy books that they would not backtrack on their promises. The other ugly side of this triangle of vice is the criminal background of nearly half of our contestants who have many cases pending against them in our law courts for years even as they continue to contest and win one election after another every five years and intimidate witnesses and subvert the investigation processes with their clout.

One small example of how slow our legal process can be even in very straight forward cases can be seen from the fact that our Supreme Court even as recently as yesterday passed a judgement confirming the disqualification of one of our MLAs for submitting a false caste certificate while contesting the last election. This disqualification comes after he has enjoyed a full five year term of office as a legislator along with all the perks and privileges that are attached to his post. We all know that in many other more serious and complicated cases the legal processes have been mired in conflicts that have been much more long drawn just by the manipulations of the high-profile offenders.

Our courts are helpless in hastening the legal process because they are bound to follow all the guidelines enshrined in our legal system to ensure fairness to all parties including the accused and the aggrieved. All this naturally seems very frustrating and pointless to all people like you and I who have no greater hopes from our governments than just honest governance and a sane and peaceful society where all law-abiding citizens get a fair and dignified life. Even today writers, right-thinking intellectuals, social reformers and many NGOs are crying themselves hoarse, pleading with the voters to shun all those whose hands are blackened by the grime of their misdeeds and elect only those with clean records and good intentions. But all their efforts do not seem to be having the desired result as we are continuing to see more and more black sheep getting elected each time elections are held across the length and breadth of our country.

When poverty continues to play a very pivotal role in votes being bought and sold nothing much can be achieved in just educating our voters about how the long-term benefits of electing honest leaders far outweigh the short-term gains of selling away their votes for paltry sums of money and other material goodies. The uneducated masses must be enlightened about the magnitude of the large-scale loss that they are suffering by their short-sightedness by appealing to the intellect of the new generation of their youth who are armed and empowered by their education. It is only through this section of our society that we can touch the elders if we have to succeed in building the India of our dreams!

We have to impress upon them that the fate of our tomorrow depends on the vote we are going to cast today! But peace and dignity loving citizens who are the most marginalised in our society today are largely frustrated only because we do not do enough to help ourselves and the likes of us. We as ordinary citizens should press for stricter laws that exclude all those accused of serious crimes from contesting elections till they are completely absolved of their guilt. We should start a mass movement to achieve this as a self-help effort. Our leaders will never do this even at our behest as this will only incapacitate most of them and their friends from remaining at the top of the food chain as they are now doing!