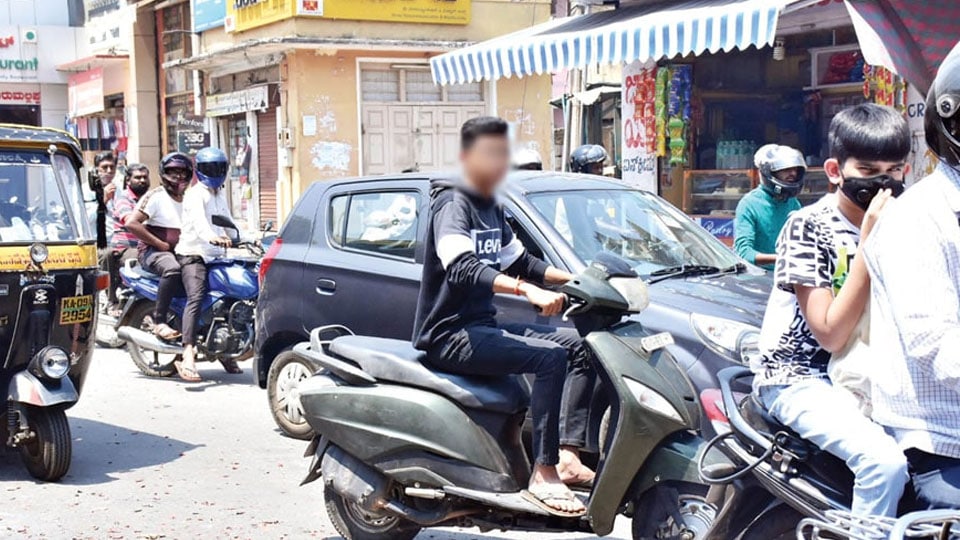 The man, who was awarded the punishment is Antony, a resident of Nanjarayapatna.

Details: On Jan. 6, an accident took place between a Royal Enfield bike ridden by one Sameer of Tyagatur and the Scooty, which was ridden by the minor girl near a petrol bunk at Dubare, following which Sameer had lodged a complaint at Kushalnagar Traffic Police Station.

The Police, who had registered a case, conducted investigation, came to know that the Scooty was indeed ridden by the minor girl and as the scooter was in the name of the minor girl’s father Antony, a case was registered against him and the Police had submitted a charge-sheet to the Court.

Kushalnagar JMFC Court Judge, who took up the hearing, found that Antony had given the Scooty for his minor daughter to ride, which had caused the accident and awarded him one day punishment and also imposed a                 fine of Rs. 25,000.