Home » News » Those trusted by me have backstabbed me: H.D. Deve Gowda 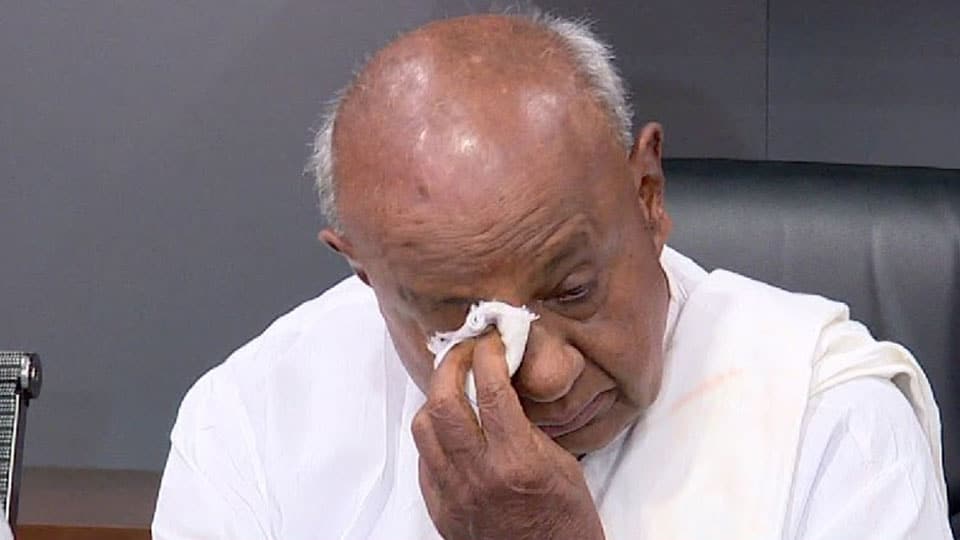 Those trusted by me have backstabbed me: H.D. Deve Gowda

Bengaluru:  Maintaining that those trusted by him had backstabbed him, JD(S) Supremo and former PM H.D. Deve Gowda (HDD) has regretted that he ignored the loyal party workers while choosing candidates for the elections.

Addressing party workers at the party’s State Headquarters J.P. Bhavan here on Sunday, Deve Gowda, who broke into tears even as he began to speak, said that he admits with guilt the sentiments of the party workers.

Observing that the Assembly Session convened on Monday was not correct, the former PM said that CLP Leader Siddharamaiah has raised a ‘Point of order’ on the issue.

He further said that Siddharamaiah can become the Opposition Leader and HDK will function as the JD(S) Legislature party leader, if the BJP wins the Trust Vote and continues to be in power.

Replying to a question on the continuation of  the JD(S)-Congress alliance, H.D. Deve Gowda said that no decision has been taken as yet and he would talk to Sonia Gandhi and Rahul Gandhi in this regard.