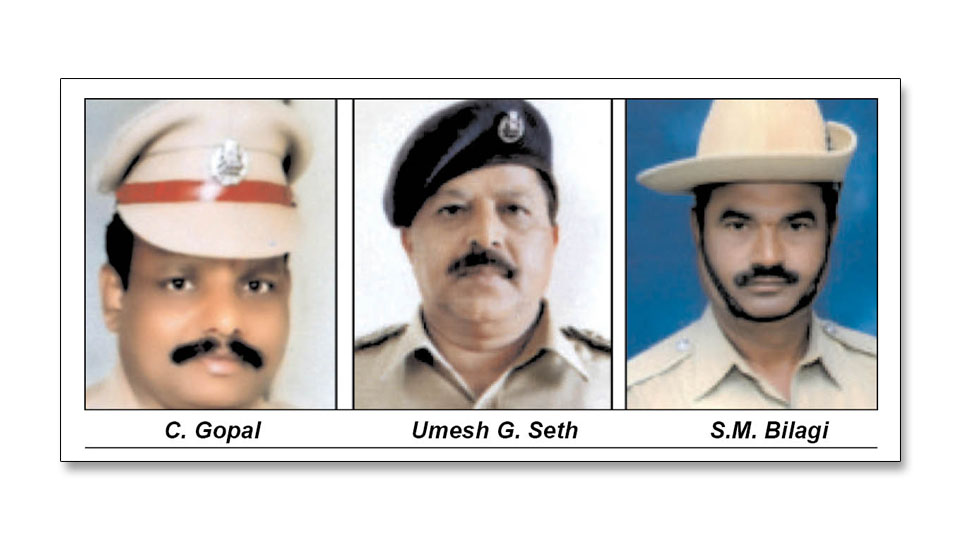 Mysuru: Three Police personnel from city are among the 18 from Karnataka who have been selected for the President’s medal for exemplary service, as part of the 72nd Independence Day celebrations.

NR ACP C. Gopal, Anti-Corruption Bureau (ACB) Dy.SP Umesh G. Seth and KSRP Head Constable S.M. Bilagi from City Police have won the honour which will be presented by the Governor at a function to be held in Bengaluru on a later date, according to Police sources.

C. Gopal is an MA degree holder from Mangala village in Kollegal taluk of Chamarajanagar district. He joined the Police Department in 1994 as Sub-Inspector. Subsequently on promotion as Inspector, he served in various capacities in Bengaluru before being posted on promotion as ACP to city.

Umesh G. Seth also joined the Police Department as Sub-Inspector in 1991 and has worked in many districts and got promoted as Inspector followed by ACP.

Now he is working as Dy.SP of ACB. It may be recalled that Umesh had won the Chief Minister’s Medal in 2011 and 2014.