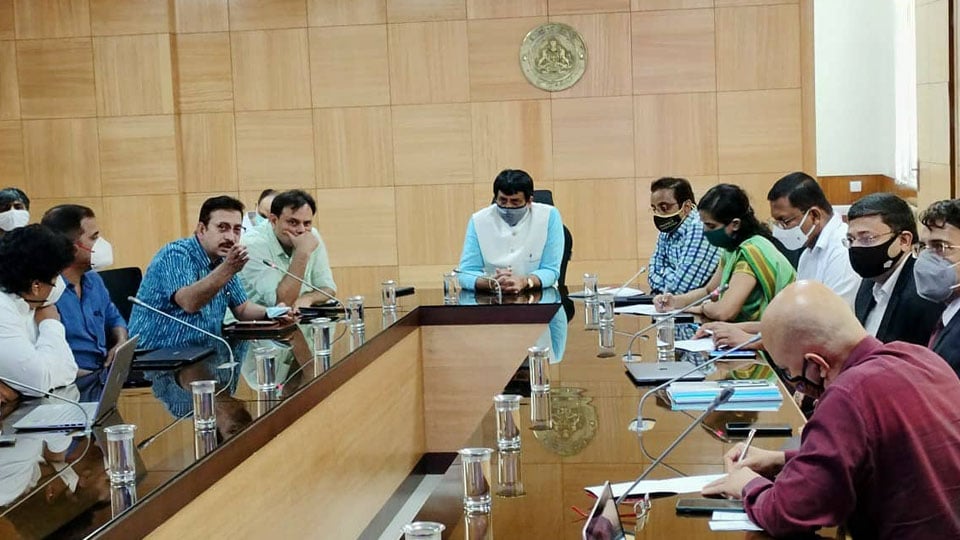 The companies that have expressed interest in Yogeeshwar’s pet project are BLADE India, a point ‘A’ to point ‘B’ destination-based company and Chipsan Aviation that offers Heli Tourism and air-experience rides and also operates VVIP flying and heliport management services. The third company that has expressed its interest for the project is Thumby Aviation that offers non-scheduled helicopter rides, Heli Tourism and heli tour packages.

These three companies made a presentation to Minister Yogeeshwar at a meeting of Heli Tourism companies at Kumarakrupa Guest House in Bengaluru yesterday. The Minister instructed them to make the necessary preparations for the launching of services in the State soon. The State Government would construct tourist lounges required for the project, he added.

The Minister added that the Government would start the services using existing helipads and airports in the State and build new helipads in places where demand for them rises. In the first phase, Heli Tourism services will be launched in Bengaluru, Mysuru, Mangaluru, Ballari, Hubballi and Kalaburagi districts, Yogeeshwar said.

Representatives of the com-panies also requested the Minister that the Government can provide initial help to them by covering the losses to be incurred at the beginning of the Heli Tourism services and by subsidising fuel prices. The companies sought concession in GST too. Yogeeshwar assured the delegates that he would secure all permissions and permissible concessions for Heli Tourism project both from Centre and State.

The Minister replied that the State and the Central Governments would be consulted in this regard and necessary action would be taken. The Tourism Department is formulating plans to introduce caravans from all the airports and important tourist destinations in Karnataka at an estimated cost of Rs. 30 lakh and hotels and resorts can make the best use of the same, Yogeeshwar added.

Each caravan is liable to pay an annual road tax of Rs. 3.5 lakh and is an expensive affair. Tourism companies sought a tax exemption for caravan project. Caravan is a mini-van that is equipped like a mini-home. The luxurious automobiles are equipped like a mini-apartment with designated and fully furnished lounge-cum-bedroom, kitchenette and restroom.

The chopper companies at the meeting also urged the Minister that the aviation (helicopter) industry can survive adversities if all the Ministers — both Central and State — VVIPs from the Centre and foreign delegates use chopper services to travel from point to point.